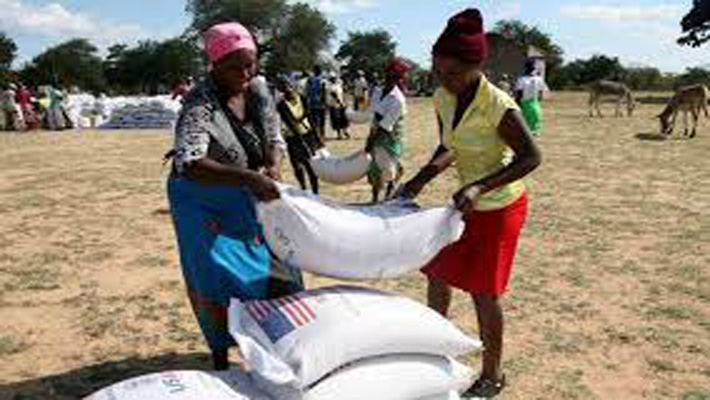 HARARE, JANUARY 7, 2020 (CISA) – The Catholic Relief Services (CRS) has reported that nearly seven million people across Zimbabwe are at risk of going hungry as a result of successive droughts and rising inflation.

“Families have run out of options to put food on their tables. There have been extensive crop failures and we’re seeing families who have depleted their food supplies. At the same time, families’ savings have been wiped out because of inflation,” said Dorrett Byrd, CRS regional director for Southern Africa according to a December 30 2019 statement.

Over the last five years, Zimbabwe has been plagued by recurrent drought and dry spells. In a country where more than half the population survives on small-scale farming. Families have been forced to cope by using their savings or selling off household assets to buy food.

According to the United Nations office for the Coordination of Humanitarian Affairs (OCHA), approximately 7 million people in Zimbabwe are in urgent need of food assistance.

Thousands of families are still recovering from Cyclone Idai, which wreaked havoc on crops in 2019 as families are contending with severe inflation, causing an economic crisis.

CRS is training Zimbabwean farmers to use climate-smart farming techniques, such as improved soil and water conservation while providing farmers with drought-resistant crops and livestock.

The humanitarian situation in Zimbabwe is expected to further deteriorate in the months ahead, with projections for poor rainfall and harvests continuing into 2020.

“This area of the world needs help and it needs help now. The droughts have gotten longer and more intense because of climate change and these communities aren’t going to be able to address it without global assistance.There is an urgent need globally to take definitive action that will slow down, stop, or reverse climate change. We hope the economic situation improves soon, but if climate change is not addressed, countries like Zimbabwe will continue to suffer.”