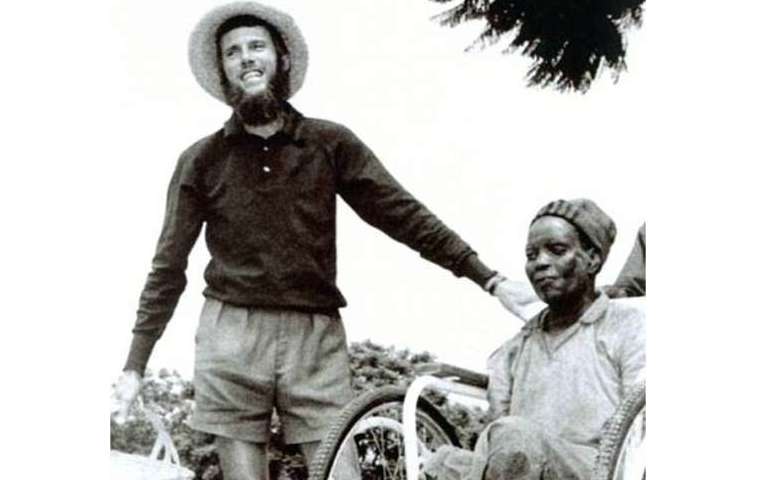 HARARE, JUNE 5, 2018 (CISA) – A group of faithful in Zimbabwe is raising money to fund investigations into the life and virtues of John Bradburne, a lay member of the Order of St Francis towards the cause of his beatification.

The group devoted to John Bradburne and led by his niece Cecila Brigstocke, hopes to raise $26,600 for the investigation.

Bradburne was born in1921 in England into an Anglican family where his father served as a clergyman. He served in the British army during World War II, and after the war he converted to Catholicism during his stay with the Benedictines of Buckfast Abbey in 1947.

His wish was to be a monk at Buckfast but had not stayed long enough in the church thus the Order would not accept him. He later went on to become a wanderer throughout Europe and the Middle East with only a Gladstone bag as his companion. During this time, he stayed at other Benedictine abbeys, with Carthusians, the Congregation of Our Lady of Sion in Israel, he tried living as a hermit on Dartmoor in England but then became a Third Order Franciscan in 1956.

He wrote to a Jesuit friend in the British colony of Southern Rhodesia presently known as Zimbabwe. He asked, “Is there a cave in Africa where I can pray?” He received an invitation and Bradburne came to serve at the Mutemwa Leper Settlement where he spent the last 10 years of this life.

As Zimbabwe declared independence in 1965, the Rhodesian war between the white minority government, the Marxist Zimbabwe People’s Revolutionary Army and the Zimbabwe African National Union (ZANU) raged on from 1964 to 1979.

As battles intensified and ZANU forces drew closer to Mutemwa, Bradburge was urged to flee the area, but he was hesitant and insisted on staying with the lepers.

On Sunday, 2 September 1979, the 15th and last year of the war, the guerrillas came for him. Accusing him of being an informer, they kidnapped him and then shot him on 5 September 1979. He died at the age of 58.

Thousands of Faithful gather every year at Mutemwa in a service to honor his memory. He is remembered a prolific poet during his time having left behind 6,000 poems.