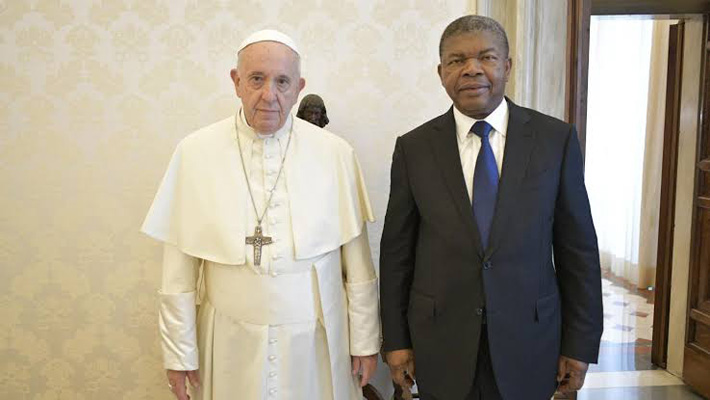 According to a statement by the Holy See Press, the discussions revolved around, relations between the Holy See and Angola and the contribution of the Catholic Church in numerous sectors of society.

“The discussion then turned to the situation within the country, with particular attention to the efforts intended to promote the development and maintenance of social peace,” the Nov 12 statement read.

Speaking to Vatican Radio, President Lourenco said that the talks were about cooperation between both countries, having informed Pope Francis that Angola, being a secular state, promotes healthy coexistence among the various religions.

“We talked about Angola, in general, about its social and economic problems. I received a lot of advice from the Holy Father. I must say that I am very pleased with the way the audience took place, both me and the first lady and the delegation accompanying me,” he said.

“He removes his coat to clothe the poor,” said the Pope as he presented President João Lourenço with the medallion.

“This is the text of the things we discussed. It is about human fraternity. It is also in Portuguese. It speaks about religions and how we understand them, “he added as he gave out the book.

President Lourenço also visited the main monuments of the Vatican and the Sistine Chapel. The place is known for hosting the conclave, a process by which a new Pope is chosen.

He was accompanied by First lady Ana Afonso Dias Lourenço and a delegation of government officials.