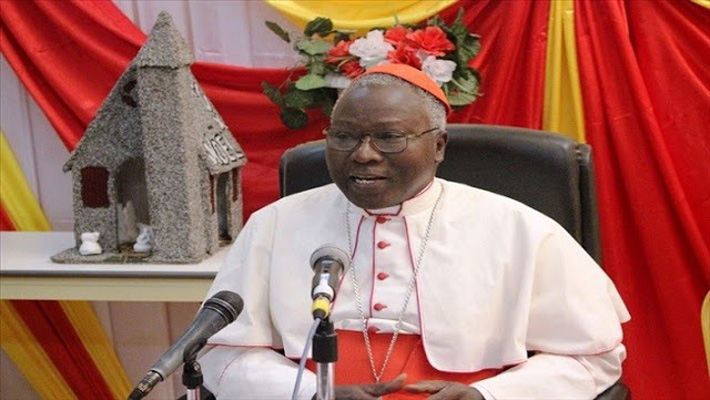 OUAGADOUGOU, JUNE 11, 2021 (CISA)- Philippe Cardinal Ouédraogo , the Archbishop of Ouagadougou has sent condolences to the victims of the massacre that took place on the night of June 4 and 5 in village of Solhan in Yagha Province, in the country’s Sahel region.

“Our country, Burkina Faso, has once again suffered a tragic attack in Solhan … in the Yagha region of the Sahel.  In the name of our Church, Family of God, we offer our sincere condolences to the bereaved families and entrust to the Lord’s mercy the victims of Solhan and all the victims of terrorist attacks, both civilian and military, in our country as well as in Niger,” Cardinal Ouedraogo said at the opening of the second Plenary Assembly of the Bishops conference of Burkina Faso and Niger on June 8.

“To show our solidarity with all the victims, whatever their religious or ethnic affiliation, and with those populations traumatized by acts of violence, we launch a renewed call to prayer throughout the territory of the Archdiocese of Ouagadougou,” he added.

He further invited all the faithful to fasting and abstinence on, June 11, during the Solemnity of the Most Sacred Heart of Jesus.

“Let us offer the Holy Eucharistic Sacrifice of this day, for reconciliation, justice and peace in Burkina Faso and in the world. May the Lord, through the intercession of the Blessed Virgin Mary and Saint Joseph, hear and grant us,” he said.

According to a government statement released on June 5, the attackers struck on the night of June 4 and June 5, killing 138 people. Houses and the market were set ablaze. Close to 40 people were seriously injured and taken to hospitals in the region and in Ouagadougou.

According to UNHCR, since 2019, violence in the country has forced more than 1.2 million Burkinabe from their homes.