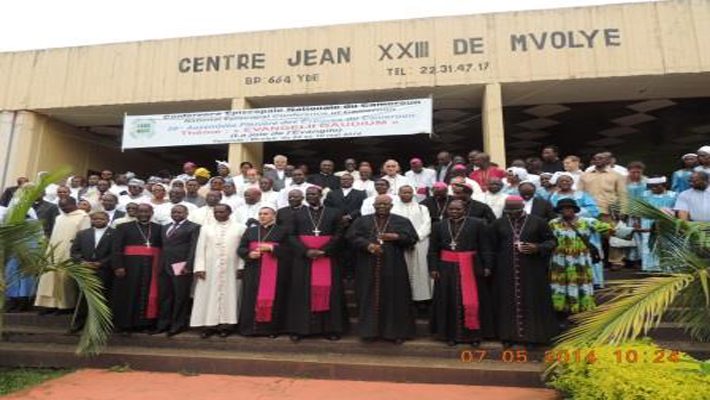 YAOUNDÉ, AUGUST 17 2018 (CISA)–The Episcopal Conference of Cameroon has called on the government to investigate the murder of Fr Alexander Sob Nougi, and bring the perpetrators to book.

“We strongly condemn this despicable and cowardly act and express our dismay and deep sorrow for this heinous crime committed against an anointed man of God…we call on the competent authorities to carry out investigations so that the perpetrators of this abominable crime may be made to answer for their action before the legal competent authority,” the bishops said in an August 7 communiqué.

Fr Sob Nougi was shot dead July 20 on the Buea-Muyuka highway in the Southwest Province of Cameroon. Until his death, he was serving as the parish priest of Sacred Heart Church, Bomaka in the Catholic diocese of Buea.

Bishop Emmanuel Bushu of Buea during the August 11 burial of Fr Sob, expressed his doubts over claims that the priest was hit by a ‘stray’ bullet during crossfire between government authorities and rebel militia.

He based his sentiments on the autopsy conducted by Church authorities.

“Fr Sob was with two other people in his car when he was shot at close range with a silencer gun,” the bishop said.

According to the autopsy report, quoted by Fr Asek Bernard, the diocesan Vicar General,“The reverend was shot at close range – less than one meter from the shooter; the shot was carried out by a professional; the gun used was a semi-automatic rifle; the first bullet shot at the left side of his chest divided his heart and he died instantly and a second bullet shot at the right side of Father’s chest was retrieved and an expert is needed to determine if it was the same bullet which killed the priest, or there were two different shooters.”