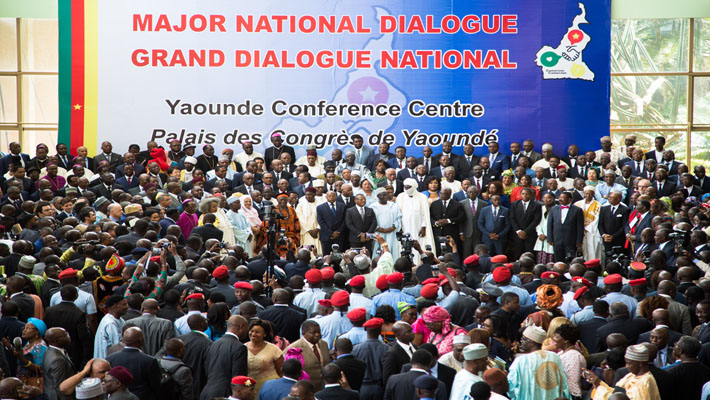 President Biya announced a ‘Major National Dialogue’ to take place from September 30 to October 6 at the Palais des Congrès in Yaounde with the hope to resolve Cameroon’s Anglophone Crisis.

“We are obliged to do everything possible, even at the cost of our lives, to bring peace back to Cameroon,” Cardinal Tumi said on behalf of a group of religious leaders.

The National Dialogue is the fulfilment of calls by the National Episcopal Conference of Cameroon in May 2018 to have the ‘All Anglophones Conference’ which had to bring together all the forces of the English speaking part of Cameroon.

Bishop Samuel Kleda of the Catholic Diocese of Douala has since questioned the choice of Prime Minister Joseph Dion Ngute to lead the meeting.

“I particularly agree with those who raise their voices against the fact that it is the prime minister who is designated to lead this debate. It is not the government that must lead this dialogue. The state must choose a neutral personality,” Bishop Kleda said.

On Sunday, September 29, Pope Francis prayed for the success of the Great National Dialogue. “As close as possible to the sufferings and hopes of the beloved Cameroonian people, I invite everyone to pray that this dialogue will be fruitful and lead to just and lasting peace solutions for the benefit of all.”

The Anglophone crisis began in 2016 with strikes by English-speaking teachers and lawyers before sprouting into deadly clashes between separatists and the regular army.

According to the May 2019 annual report of the International Crisis Group the Catholic Church is “the most credible institution in the Cameroonian social landscape and therefore the best able to promote the dialogue between separatists and Cameroon government in the crisis.”