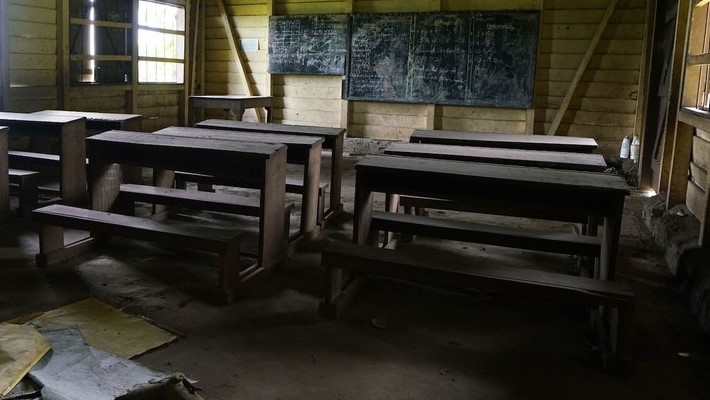 KUMBA, OCTOBER 27, 2020 (CISA)-The All Africa Conference of Churches (AACC) has condemned the October 24 attack on school children in a classroom in Mother Fransisca International Bilingual Academy in Kumba.

“AACC condemns this dastardly act in the strongest terms possible. We note that the involvement of children as targets in the ongoing civil conflict in the North West and South West regions of Cameroon is a dangerous escalation of this war. It will lead to harming of innocents who have no idea what the conflict is about, and who deserve to be protected by all sides to the conflict,” reads an October 26 statement signed by Rev. Dr Fidon Mwombeki General Secretary of AACC.

“At least eight children were killed as a result of gunshots and attack with machetes. Another twelve were wounded and taken to local hospitals,” the UN’s Office for the Coordination of Humanitarian Affairs (OCHA) said in an October 24 statement.

AACC emphasized that African countries must learn to solve political issues without resorting to violence.

“For how long will the blood of innocents be spilled in Africa due to political differences? Africa must say enough is enough, and learn to disagree and negotiate political disagreements without resorting to violence and bloodshed,” AACC said.

Calling on government to apprehend the perpetrators, the conference noted that it was worrying that civilians have become targets when combatants are fighting.

“…We call on the Government of Cameroon to move as quickly as possible to investigate this heinous act, apprehend the perpetrators, and prosecute them to the fullest extent of the law…We note a very worrying trend in this conflict, where combatants now seem to have accepted innocent civilians as legitimate targets,” the conference said.

Further it called on international bodies to intervene and impose harsh sanctions on conflicting parties who use civilians as targets.

“We also call on the international community, notably the African Union, The United Nations, and the Economic Community of Central African States, to take note of the worrying escalation of the conflict by way of targeting innocent civilians, with the aim of holding accountable parties that perpetrate such senseless massacres. The time has come for these bodies to intervene more forcefully in protecting civilians, by imposing harsh sanctions on any of the parties to the conflict who target civilians,” it said.

Conflict erupted in the North West and South West regions of Cameroon in 2016 triggered by the government’s imposition of French in the English-speaking regions, and by the perceived marginalisation of the country’s Anglophone regions.