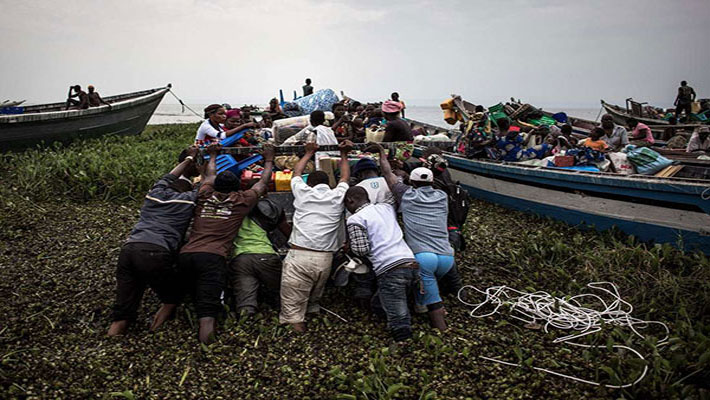 KINSHASA, JUNE 4, 2019 (CISA) – Bishop Donatien Bafuidinsoni Maloko-Mana of the Catholic diocese of Inongo has condoled with families of the 32 casualties of the May 25, boat accident on Lake Mai-Ndombe.

“We are deeply saddened to learn, once again, that a shipwreck cost the lives of hundreds of people on May 25, when a barge sank as it was crossing the lake from Inongo to the village of Lokanga,” he said.

Bishop Donatien further appealed to security officials and officials in the department of water transport to assume their responsibilities and work in synergy to prevent future deaths.

According to police reports, about 400 people were onboard out of whom 32 died, 183 survived and several others are still missing.

“To the community of Mai-Ndombe, in particular the community of Bolia, painfully affected by these deaths, we sincerely present our most heartfelt Christian condolences. May our prayers accompany the whole community,” he said.

The tragedy happens after another recent wreckage that occurred on April 15 on Lake Kivu claiming 13 lives and 144 going missing. The tragedy was attributed to obsolescence and overloading of boats.