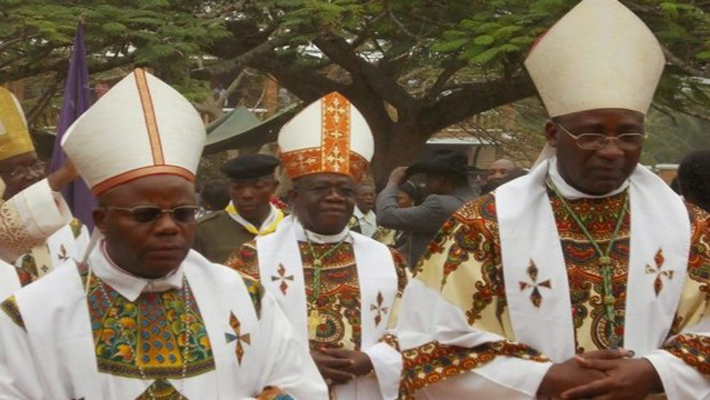 KASAI, JULY 3, 2018 (CISA)-Catholic Bishops in the Democratic Republic of Congo have issued an urgent appeal for help to curb the rising cases of malnutrition in the dioceses of Kananga, Luebo, and part of Mweka of Kasai Province.

“This phenomenon is visible in the territories of Dibaya, Dimbelenge in the city of Kananga itself, and in the Territory of Kazumba, which straddles the dioceses of Luiza and Luebo. In Kananga, several parishes host malnourished children,” said Archbishop Marcel Madila of Kananga after pastoral visit alongside the bishops of the affected dioceses on June 22.

Archbishop Madila warned that if urgent measures are not taken then they are at a risk of death especially as the dry season looms.

According to UNICEF report published on May 2018, at least 770,000 children in the Kasai region suffer from acute malnutrition, of which 400,000 are severely malnourished and threatened with death.

“…Unless urgent measures are taken to strengthen the humanitarian response, the number of child deaths maybe poised to rise sharply,” reads the report.

Currently Caritas Congo is working closely with the eight Diocesan Caritas of the Ecclesiastical Province of Kananga to prepare a response plan for this crisis.

“This malnutrition will further worsen with the coming of the dry season, period during which there is usually a shortage of food in households,” said Emmanuel Mbuna the National Coordinator of the Emergency Department of Caritas Congo.

Food insecurity in the region has been as a result of decline in agricultural production due to population displacement by conflicts rampant in the region. This was as a result of political tensions and conflicts after the country’s electoral commission failed to organize a presidential election for two years after the term of President Kabila expired in 2016.