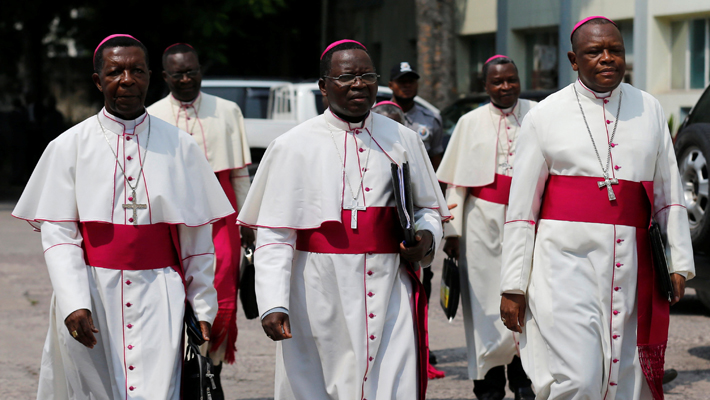 KINSHASA, JUNE 28, 2019 (CISA) -The National Episcopal Conference of the Congo (CENCO) has called on the government to put more effort in curbing armed gangs taking advantage of government’s lenience to terrorize citizens in the eastern part of the country.

“We do not understand why the DRC’s armed forces, backed by the United Nations Stabilization Mission, have not managed to neutralize these national and foreign armed groups…We call on the president to assume fully a head of state’s responsibilities, by installing a genuine state of law and establishing conditions for the army to respond effectively to its mission of defending and safeguarding,” the bishops said in a message after the June 24-26  Plenary Assembly of Catholic Bishops from Central African Countries (ACEAC) in Kinshasa.

The bishops lamented that armed gangs were, “sowing death and desolation” in eastern provinces, as treatment centers for Ebola and measles were also  being attacked.

They however called on citizens to remain united and build the country.

“We urge the Congolese people to unite, take up their destiny and realize that change means a struggle for us all, and not allow a minority to take our homeland and future hostage,” the bishops said.

Massacres by the militia have been reported in Beni, Bukavu and Butembo.

The DRC has suffered persistent violence by armed groups, leaving about 4.5 million people displaced and a fifth of the population needing basic assistance, according to the United Nations.

The bishops expressed hope for break from the previous system of governance, citing the move by President Felix Tshisekedi to release political prisoners and opening of political and media spaces.

They however added that they were concerned by long delays in the appointment of office-holders, as well as by rampant corruption and injustice, the restriction of civil rights, and a lack of preparation for local elections, scheduled for September 22.