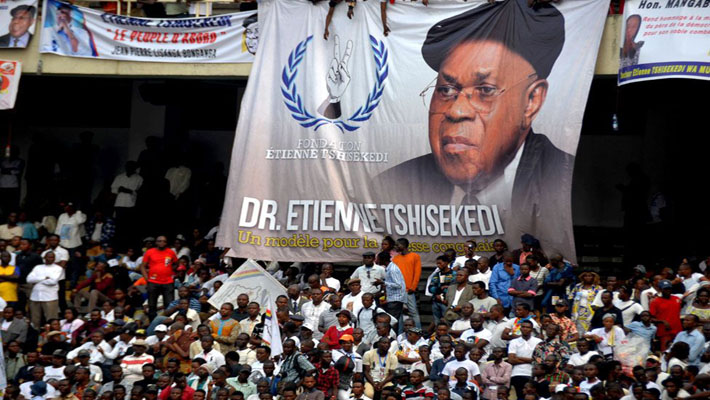 KINSHASA, JUNE 7, 2019 (CISA)-Archbishop Fridolin Ambongo of the Catholic Archdiocese of Kinshasa has urged President Felix Tshisekedi to lead the country in the footsteps and aspirations of his late father, Etienne Tshisekedi.

“…complete the socio-political ideal of your illustrious father, to lead the Congolese people in their diversity to the promised land, a land of prosperity without exclusion, land of mutual respect and friendliness, the land of justice and peace, true peace for all the sons and daughters of the Congo,” the archbishop said in his homily of Saturday, June 1 during a requiem Mass for Etienne Tshisekedi who died on February 1, 2017 in Belgium but could not buried in DRC owing to a row between his family and the former government.

Archbishop Ambongo acknowledged the struggles of Etienne Tshisekedi for championing for development through his party Union for Democracy and Social Progress (UDPS).

“… he remained straight in his boots, refusing any compromise not to sell off his country, the DRC. To be right is to give up oneself to serve others. Remember the motto of the one who brings us together today, the people first,” said the archbishop during the event held at the Martyrs Stadium in Kinshasa.

Archbishop Ambogo noted that the example of Tshisekedi is inspiring for all the Congolese where he has invited them to lead together, the fight for an ideal of cohesion around republican values.