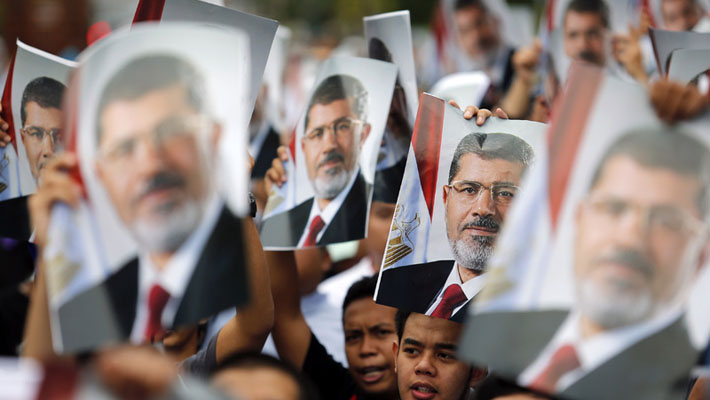 According to Mohamed Morsi’s son,  his father has been buried alongside other senior figures of the Muslim Brotherhood in Cairo.

“The burial was attended by members of the family in Cairo’s Nasr City after authorities refused burial in Morsi’s home province of Sharqiya in the Nile Delta,” Ahmed Morsi said on his  Facebook page.

President Morsi died on Monday June 17  from a heart attack after collapsing in a Cairo court while on trial on espionage charges, authorities and a medical source told the  media.

He had been in jail since being toppled by the military in 2013 after barely a year in power, following mass protests against his rule and was serving a seven-year sentence for falsifying his candidacy application for the 2012 presidential race.

Morsi had been Egypt’s first democratically elected president in 2012 after the Arab Spring uprising of the previous year saw the end of President Hosni Mubarak’s 30-year rule.