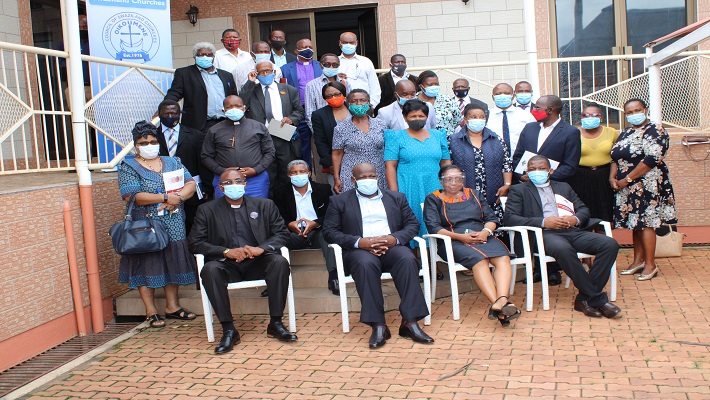 MANZINI, APRIL 8, 2022 (CISA) – “The continuing violence will lead to more violence and this includes the many arson attacks on property, mob justice, the use of excessive force and extrajudicial killings by state security, verbal abuse and intimidation,” reads an April 5 statement by The Council of Swaziland Churches (CSC).

The statement signed by Rev Zwanini Shabalala, the General Secretary of CSC, decried the appalling socio-political situation in eSwatini saying that the Church is fully aware of the social, political and economic challenges that the country is going through.

“The lives of emaSwati are unfortunately negatively affected by all these challenges and we see different reactions from all sectors of society, including the violence that we see almost every day. We are seeing a new culture of mistrust and intolerance emerging where the use of violence to resolve disputes has become the order of the day,” said CSC.

Concerning the slow progress of the national dialogue, the council said “The much talked about national dialogue is taking much too long to happen, yet it is key in resolving the country’s problems. As the Council, we have always been calling for an all-inclusive dialogue that can take the country out of the current social and political crisis.”

The council also said that they are deeply concerned about the well-being of the people while referencing the Lenten period in which “the Church world over is reminded of the suffering and the death of our Lord Jesus who was sent by God to reconcile us with God.”

However, it is abhorred with the current state of affairs in the country declaring,” Although we often refer to ourselves as a Christian country we are not promoting and protecting the lives of emaSwati.”

The council, therefore, called upon all the Christians, government and the Southern African Development Community (SADC) to uphold biblical values and principles that will promote justice and peaceful resolutions of conflicts, while also appealing for transparency in all the processes of mediation.

“…the government of eSwatini and SADC to be transparent with the preparations for the national dialogue so that all stakeholders are free to participate. Transparency will also promote trust amongst the different stakeholders. The aggrieved emaSwati, in their different formations, are also called upon to give dialogue a chance, with the hope that government will also find it prudent to meet with them,” appealed CSC.

CSC also called for an end to all kinds of hostilities by various vested parties,” the pro-democracy movements and government agencies – to avoid further loss of lives and destruction to property,” adding that the council,” is committed to working with all stakeholders in finding lasting solutions to our country’s challenges.”

Established in 1976, the Council of Swaziland Churches brings together 13 Christian churches in the Kingdom and seeks to build capacity amongst the churches to allow them to be advocates of justice and peace.

Moreover,anti-monarchy protests and pro-democracy demonstrations that have rocked the Kingdom of Eswatini since May 2021, have continued into 2022, with a section of the citizens mostly young people accusing the King of running a corrupt and repressive government and giving a deaf ear to reforms in Eswatini.