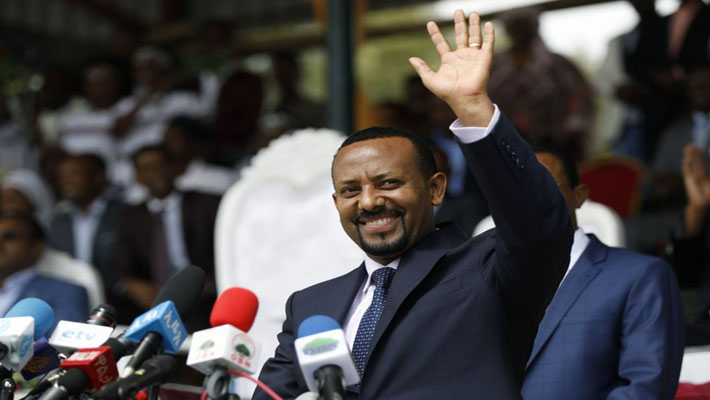 He was awarded the prize today, October 11 for his “efforts to achieve peace and international cooperation and for his decisive initiative to resolve the border conflict with neighboring Eritrea.”

“An important premise for the breakthrough was Abiy Ahmed’s unconditional willingness to accept the arbitration ruling of an international boundary commission in 2002,” the Nobel Institute said in statement.

During Ahmed’s first 100 days as prime minister he has also lifted “the country’s state of emergency, granting amnesty to thousands of political prisoners, discontinuing media censorship, legalizing outlawed opposition groups, dismissing military and civilian leaders who were suspected of corruption, and significantly increasing the influence of women in Ethiopian political and community life.”

A statement from the office of the Prime Minister Ahmed said since coming to power in 2018 he had made, “…peace, forgiveness and reconciliation key components of his administration.”

“This victory and recognition is a collective win for all Ethiopians, and a call to strengthen our resolve in making Ethiopia – the New Horizon of Hope – a prosperous nation for all,” the statement added.

The 2019 peace prize is the 100th to be awarded. According to the Nobel Institute there were 301 nominees in the running for this year’s peace prize, the fourth highest on record. The record was 376 candidates in 2016. However, the list of nominees is only revealed 50 years after the prize is awarded.

Congolese doctor Denis Mukwege and human rights activist Nadia Murad were joint winners in 2018 for their efforts to end the use of sexual violence as a weapon of war.