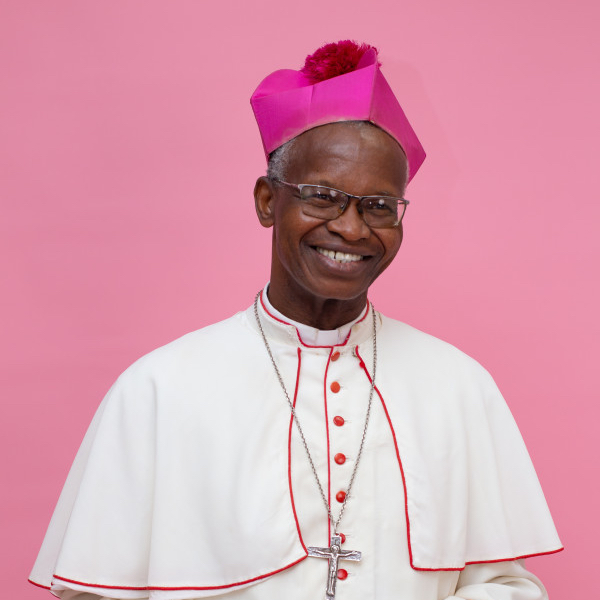 VATICAN, NOVEMBER 29,2022 (CISA)– As faith leaders across the world continue to pay tributes to the late Ghanaian cardinal, Richard Kuuia Baawobr, Pope Francis has eulogized him for his “faithful witness to the gospel marked by generous service to the Church in Ghana, especially to those most in need.”

“Having learned with sadness of the death of Cardinal Richard Kuuia Baawobr, I extend my heartfelt condolences to his family and the Missionaries of Africa, as well as the clergy, religious and laity of the diocese of Wa. Recalling with gratitude Cardinal Baawobr’s faithful witness to the gospel marked by generous service to the church in Ghana, especially to those most in need, I willingly join the faithful in praying that our merciful father may grant to this wise and gentle pastor the reward of his labours and welcome him into the light and peace of heaven. To all who mourn the late cardinal’s passing in the sure hope of the resurrection I impart my blessing as a pledge of consolation and peace in Jesus, the firstborn from the dead,” said the Holy Father in a telegram of condolence sent to the apostolic nunciature in Ghana on November 28, following the death of the bishop of Wa and president of Symposium of Episcopal Conferences of Africa and Madagascar (SECAM) on November 27.

Most Rev Emmanuel Adetoyese Badejo, bishop of the Catholic Diocese of Oyo and president of the Pan-African Episcopal Committee of Social Communications (CEPACS) has also eulogized Cardinal Baawobr as a symbol of great hope to the Church in Africa.

“When His Eminence was elected by the Bishops of SECAM at their assembly in Accra Ghana at the end of July 2022, even before the consistory for his installation in Rome to be President of SECAM, his acceptance injected a new dynamism into the life of the Church in Africa. The ever-smiling Cardinal immediately rallied the new executive and Standing Committee of SECAM to a meeting a mere two days after his election on July 31, 2022, to define a new course for SECAM to better address the recommendations of the immediate past executive and Standing Committee, namely unity and communion in the Church, Financial autonomy, clearly defined responsibilities and other recommendations of the Kampala Document, the pastoral letter issued by SECAM after its Golden Jubilee celebrations in 2009,” he said in a statement dated November 28.

“The new President of SECAM showed the direction he wanted SECAM to go, through his adoption of a synodal and inclusive style of procedure, even from the conduct of his first and only Standing committee meeting on that memorable evening. He expressed his desire to help SECAM recover lost ground in its pastoral and administrative obligations to the local churches and to help Africa participate effectively in the ongoing universal Synodal process. As it turns out, all that was not to be. SECAM will have to forge ahead without its beloved new President. I was privileged to have met Cardinal Baawobr just a few days before he passed away. Despite his frail aspect, his mood was sky-high and he told me how he looked forward to getting back to work as president of SECAM. The work must go on with him on the other side but his optimistic smile will stay here for a long with us. Surely, he will be praying for us from the bosom of the Lord,” he added.

Richard Cardinal Kuuia Baawobr was elected president of SECAM on July 30, 2022, at the 19th Plenary Assembly of SECAM held in Accra, Ghana and was later elevated to the College of Cardinals on August 27, 2022, at a consistory in Rome, which he failed to attend due to his heart condition.

The 63-year-old prelate died on November 27 at the Agostino Gemelli University Hospital shortly after he was taken in an ambulance, from the Generelate of the Missionaries of Africa in Rome where he had been recuperating after undergoing a heart procedure.