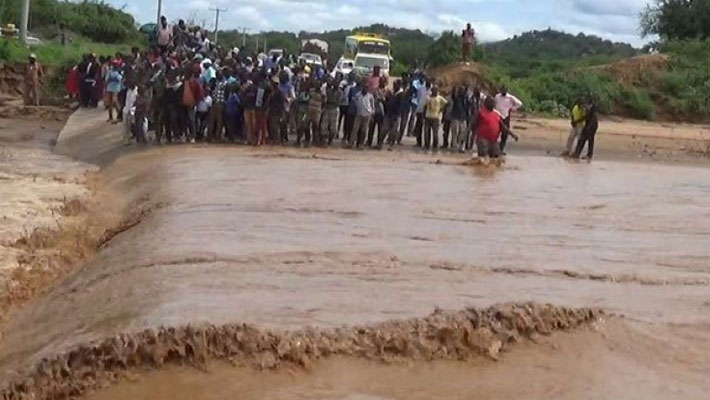 NAIROBI, OCTOBER 25, 2019 (CISA)-29 people have died, 6 injured and about 11,700 displaced by flooding and related incidents by the ongoing heavy rains in parts of the country.

Speaking to journalists in Nairobi on October 24, the Government’s spokesperson, Cyrus Oguna said that 25 counties across the country have been affected.

“We regret the loss of lives and destruction of property that have been occasioned by these floods. The countries that have been affected up to now are 25 mainly from the asal and non-asal regions basically across the entire country,” he said.

Mandera, Wajir, Marsabit, Turkana, Garissa, lamu and Kwale Counties have been adversely affected by the floods.

Speaking to CISA on the situation in Marsabit Fr Ibrahim Racho, Vicar General of the Catholic Diocese of Marsabit described the situation as “severe” calling on well-wishers to help avert the situation.

“People are really suffering, they are displaced, animals are dying,” he said, adding that “…going by the weather predictions we are not sure how many more will be affected because the rains have displaced so many people.”

The Church through the caritas office is appealing to Christians and people of good will to come in and help by donating funds, food and non-food items to help save the lives of those affected.

According to Fr Racho, the affected areas have for a long time been prone to flooding whenever there are heavy rains, but unfortunately people haven’t learnt how to anticipate and manage the disaster.

He says it is difficult to control the settlement in the area since it is dominated by pastoralist communities who mainly settle in places with pasture and water.

“When the rains come heavily like they do it is not easy to make a long-term plan but with early warnings people can be moved to safer grounds,” he said.