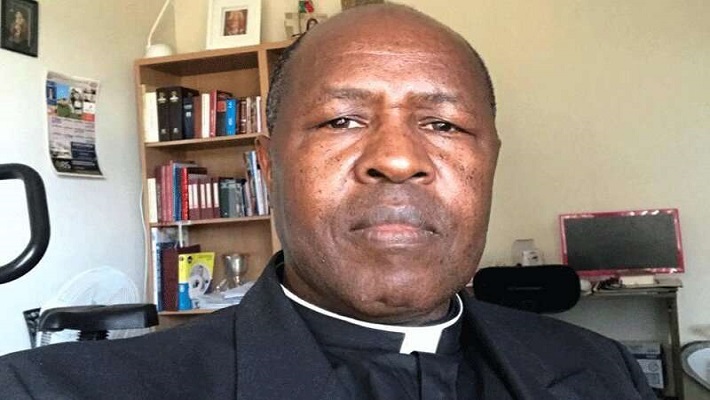 ADELAIDE, DECEMBER 1, 2020 (CISA)-Fr Michael Otieno Odiwa 59, bishop elect of the Catholic diocese of Homabay while accepting his appointment has assured of his commitment as he takes over the leadership of the diocese.

Speaking from Adelaide in South Australia, the bishop elect said. “In gratitude to God and the Church and in particular to Pope Francis, I humbly accept the honour and privilege accorded to me in appointing me to serve as the next bishop of the Catholic diocese of Homabay.”

“I wish to assure you all of my dedication, to pick up the mantle from the wise and humble leadership of His Grace Philip Arnold Subira Anyolo, now the Archbishop of the Metropolitan of Kisumu to continue the ministry and mission of our salvation to the people and to the clergy for the greater glory of God,” he added.

The news of the appointment was officially made public in Rome on Sunday November 29.

“We all rejoice that our prayers have been answered.  As we rejoice, I wish that we prepare our hearts also to welcome the new Bishop, the new shepherd of the people of Homabay. He will need our prayers so that he may shepherd us,” Archbishop Philip Anyolo of Kisumu and President of the Kenya Conference of Catholic Bishops (KCCB) said as he made the announcement on Arise FM, a radio station owned by Homabay diocese.

He was ordained priest on July 3, 1993 for the Catholic Diocese of Homabay. He holds a Doctorate in Canon Law from Urbaniana University, Rome.

Previously he served as Vicar General of Homabay diocese and the Parish Priest of the Homabay Cathedral. He has also worked in Asumbi, St. John’s Seminary Rakwaro, Ang’iya and Nyalieng’a parishes.

He is currently working in the Archdiocese of Adelaide, South Australia as an assistant Parish Priest in-charge of Italian speaking community of the Annunciation Church Hectorville Parish as well as defender of Bond Tribunal of the province of Adelaide South Australia and Northern Territories.