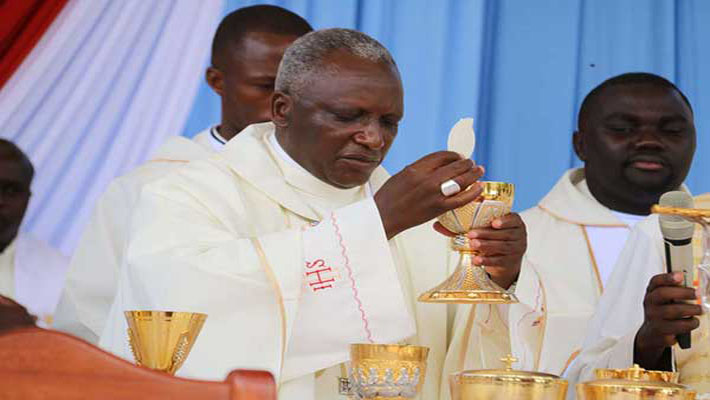 EMBU, NOVEMBER 27, 2018 (CISA)-Bishop Paul Kariuki of the Catholic Diocese of Embu has opposed plans by Members of Parliament to increase their salaries and urged them to respect the guidelines by the Salaries and Remuneration Commission (SRC).

Speaking during an ordination at Sts. Peter and Paul Cathedral Embu on Saturday November 24, Bishop Kariuki noted that Kenyan MPs are among the best paid in the region.

“They should be contented with the Salaries and Remuneration Commission guidelines. They cannot take it upon themselves the responsibility to increase their salaries and even to talk about their pension,” he said.

The bishop appealed to elected leaders to concentrate on initiatives meant to uplift the lives of Kenyans instead of seeking huge perks while the economy is struggling.

“They should understand that they are there as servants and not as masters. Rather than considering increasing their salaries, they should greatly consider uplifting the standards of the people in this country,” he said.

On the Gender Bill, the bishop welcomed the move saying the Constitution dictated that both genders are well-represented in leadership.

“We appeal to our MPs to seriously consider the women in this country. We are not asking that we overburden our people. Maybe we should also come up with clear ways of ensuring that our women are elected to Parliament. For the time being, we must follow the Constitution. Women play a key role in this nation and they should be well-represented,” he said.