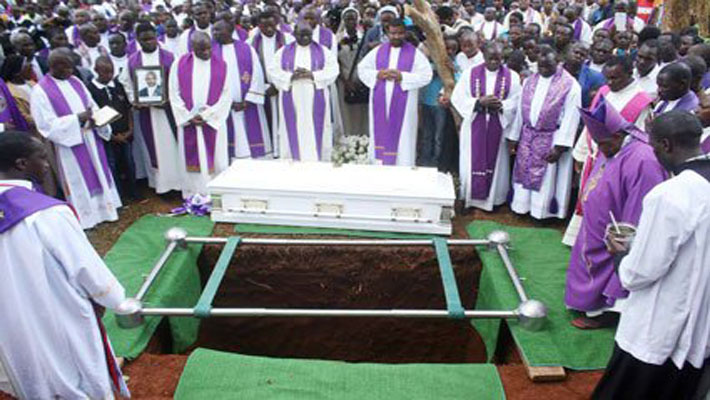 KISII, DECEMBER 7, 2018 (CISA) – Bishop John Mairura of the Catholic Diocese of Kisii has likened Fr Cosmas Omboto’s, the Mill Hill Missionary Priest who was killed in Cameroon to a martyr.

“He died while preaching the gospel. He was a soldier in the faith. The Church looks forward to meeting him again when the roll call is called up yonder,” Bishop Mairura said, December 6, during the priest’s burial in Nyabururu Mission.

The Vicar General, Jeremiah Nyakundi, termed Fr Omboto’s death as ‘a gospel seed’ that will germinate to illuminate. He added that such acts of atrocity on priests and pastors only strengthen the urge of the Church to evangelize.

“We bury him today but his missionary spirit will forever live to inspire others as the Church moves to ensure the world is reached with the word of God,” he said.

Fr Omboto was shot dead on November 21 at a church in Kembong in the warring Southwest region of Cameroon as he presided over an evening Mass.