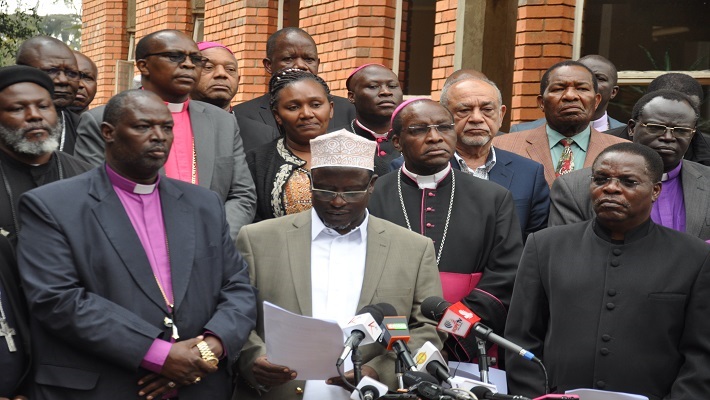 NAIROBI, AUGUST 19, 2022 (CISA) – Religious leaders have appealed to Kenyans to embrace peace and national cohesion after the recently concluded August 9 election, in which His Excellency Dr William Samoei Ruto was declared president-elect.

The Church leaders in a statement dated August 17, lauded the conduct of all Kenyans before and during the poll and commended the pronouncements of both Deputy President William Ruto and Rt Hon Raila Odinga, who has signalled to challenge Dr Ruto’s victory in the country’s Supreme Court, in calling for a peaceful nation.

“We commend the security agencies and all their stakeholders for the way they conducted themselves in this process. We offer special appreciation to the foreign missions and observer groups for standing with the country,” said the leaders in the statement.

However, the leaders condoled with families that lost their loved ones during the electoral process including an Independent Electoral and Boundaries Commission (IEBC) Returning Officer, Mbolu Musyoka, who was found dead in Loitoktok after he disappeared on August 11.

“We have prayed for their families, and urge the security agencies to speed up investigations so that those responsible are held into account,” they said.

“We call upon all Kenyans to join in prayer so that the persons elected during this period will serve our nation effectively and will promote justice, peaceful coexistence and national cohesion,” said the religious leaders, adding, “…let us continue praying that every Kenyan will play their role in advancing our nation.”