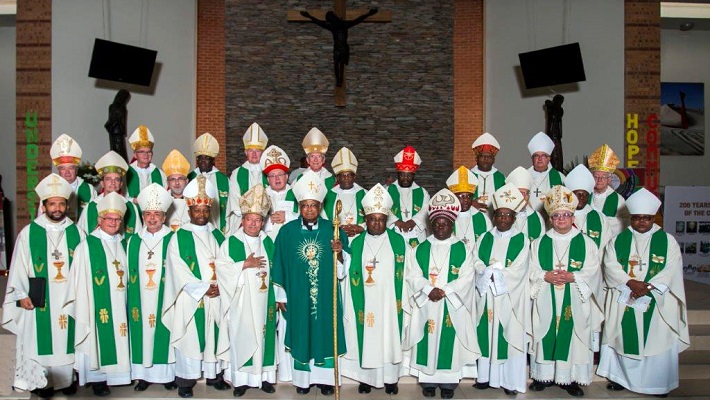 PRETORIA, AUGUST 19, 2022 (CISA) – The Southern African Catholic Bishop’s Conference (SACBC) will on August 21, launch a prayer campaign for Southern Africa to invoke the spirit of God upon the people “during these turbulent times.”

“We, your Bishops, invite you, brothers and sisters, to join with us in reciting this prayer daily in your homes, schools, at gatherings and at the end of mass especially on Sundays,” reads a statement that announced the commencement of the prayer campaign.

The prayer comes on the backdrop of an August 8 statement, in which SACBC expressed concern on issues of the economy, high levels of unemployment and the rising cost of living and how they disproportionately impact the lives of those at the margins of the economy.

“Both the high levels of unemployment and the cost of living are pushing more people into higher levels of household debt and deep poverty. We call on the government, business and those with influence and power to take note and action about the issues we raise…,” SACBC said at the time, further chiding leaders whose focus is fixed on narrow vested interests; self-enrichment, party politics and factional battles at the expense of ordinary citizens.

The bishops also called upon the government to review social austerity measures as it occurred that the most vulnerable were bearing the impacts of the social reforms and fiscal consolidation mentioning the government’s decision to increase the salaries of civil servants and members of the parliament amidst the humanitarian crisis in the country as insensitive and scandalous.

“We promise our prayers for families struggling with current economic hardships and call on those who can, be moved to do something about the plight of their brothers and sisters…Sustained by the Risen Christ, our hope, we ask God to continue healing our economy so that it becomes a just and inclusive economy that works for the benefit of all,” the statement signed by Rt Rev Sithembele Sipuka, bishop of the Catholic Diocese of Mthatha and President of SACBC.