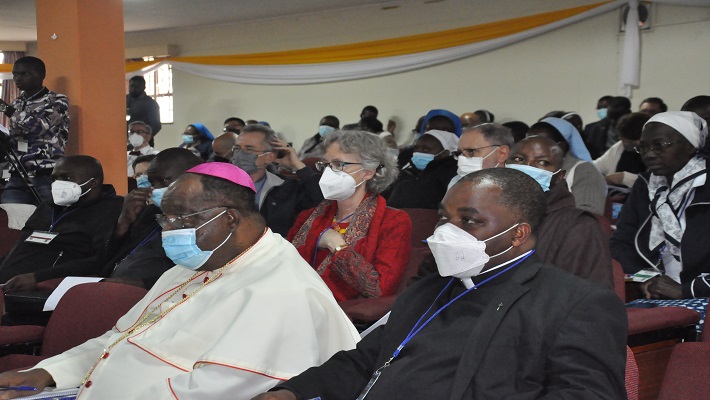 NAIROBI, July 26, 2022 (CISA) – “It works against the vision of inclusion of all persons in the mission of the Church as a witness to Christ in the current cultural context. The urgent and complex social problems that afflict us show how important it is that the synodal spirit – “walking together” – becomes a source of inspiration for ethical, ecclesial, and political commitments,” read in part a statement shared with CISA at the end the second Pan-African Congress on Theology, Society, and Pastoral Life held in Nairobi, from July 18 – 23, 2022.

The second congress brought together theologians, pastoral leaders and scholars from 20 African countries with other participants from all continents in the world. The participants met in unity under the umbrella body of the Pan-African Catholic Theology and Pastoral Network (PACTPAN) to “affirm the vitality of the Church in Africa as a sign of hope for the world,” and reflected on the theme “Walking Together for a Vital Church for Africa and the World.”

“We have reflected on the themes of synodality; concerns, aspirations, hopes, and achievements of African women; our African children and their future hopes and aspirations aimed at the flourishing of their lives in society. We have also considered the ways of being a vital church relevant to the context of Africa; and the demand for pastoral accompaniment of our African siblings who identify as members of the LGBTQ community,” read the statement.

The congress reflected on various aspects of synodality in their collective dialogues among participants and realized many positive steps have been taken in the implementation of the synodal process but also identified the “plague of clericalism” as deeply rooted in the African ecclesial communities, which according to the congress is “a major obstacle to the development of a church as the people and family of God.”

In the statement, the congress also recognized the role of women in society and the Church in Africa “as well as the priority of children who suffer so much violence and who are at the centre of family and community care as a sign of the new humanity for which we all hope,” and called on “on local churches, spiritual traditions, social movements, universities, artists, and all persons to develop networks for mutual recognition, collaboration, and transformation of a global society.”

In lauding the extraordinary resilience of the African woman; the ability to overcome hardship and bounce back from traumas and adversities. The congress described this enduring resilience as a true definition of the lives of African women as “the path of hope for Africa as the continent and its people look to the future.”

The congress also appealed to the Church in Africa “to embrace policies that are intended to protect our children henceforth from all forms of abuses in families, churches, and society. This includes child sexual abuse and modern-day slavery playing out both in the continent of Africa and beyond.”

The participants in the second assembly averred that “the vitality of the Church in Africa is the fruit of a long process of reception of the Word of God as a seed of new life to be cultivated.”

“We, the participants at this Congress, have succeeded in shedding light on the critical problems of the structures that produce suffering and death. But above all, we have recognized the experiences that strengthen processes of social, ecclesial, and political responsibility as signs of the new world coming from the love of God for the whole creation and all the peoples on earth,” they said.

The II Pan-African Congress on Theology, Society, and Pastoral Life, which was held at the Catholic University of Eastern Africa (CUEA), Nairobi, Kenya, ended with the participants making commitments according to their African palaver and discernment on Synodality, African Women, Children and a Vital Church.