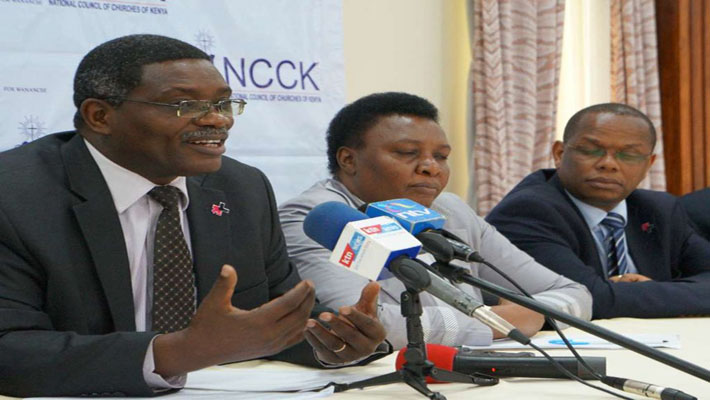 NAIROBI, MARCH 1, 2019 (CISA)-The National Council of Churches of Kenya (N.C.C.K) has called on the government to ensure that the proposed referendum on constitutional amendments does not leave the country divided.

“Different sectors of the Kenyan nation have generally agreed that there is need for the Constitution of Kenya 2010 to be amended in some sections. We now urge that as a nation, we embrace key principles to guide further debate on the amendment of the Constitution. The amendments should be people-focused and be aimed at enhancing justice, national cohesion, accountability and national prosperity,” The Council said in a February 27 joint statement signed by ANglican Archbishop Timothy Ndambuki the Chairperson and Rev Canon Peter Karanja the General Secretary of N.C.C.K.

The council further gave recommendations on what the amendments should consider.

“Effort must be made to ensure that the referendum is non-divisive. Towards this, there is need for adequate consensus building among all Kenyans on the referendum questions,” they said.

They further proposed that, a National Constitutional and Reforms Conference be held to discuss the different proposals from stakeholders and build consensus.

“This behooves all Kenyans to actively engage the process, and we urge our fellow religious leaders to provide active leadership in this regard,” they urged, and further proposed adequate civic education by independent bodies to ensure that all Kenyans understand the referendum questions.