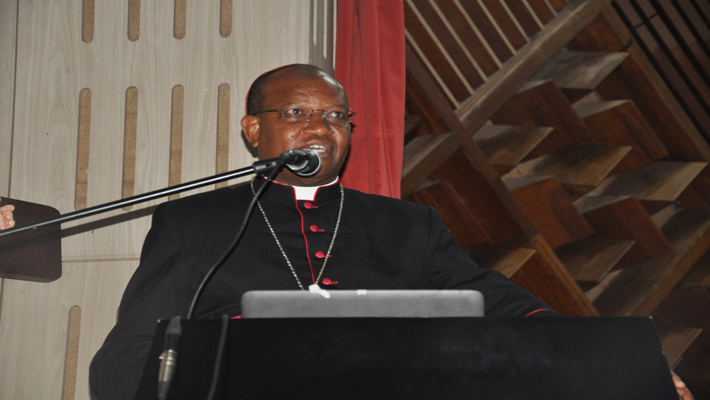 NAIROBI, AUGUST 14 2018, (CISA)-Archbishop Anthony Muheria has urged principals of Catholic sponsored schools in Kenya to mentor teachers to be catalysts of moral change in schools.

Speaking today at the opening of 5th Edition of the Catholic Schools Principals Association Conference (CaSPA), held at the Catholic University of Eastern Africa, the archbishop noted that students easily emulate teachers who therefore need a moral re-engineering and formation so that they can be good examples to the students.

“It is in your staff rooms that you either won or lost it.  The first challenge is to mould the teacher. The toxins entry is primarily through the staffroom that is why the detoxification must start with the individual teacher. We must awaken their conscience. If we want the children to possess the character traits that we most admire, we need to teach them what those traits are, and why they deserve both admiration and allegiance,” said the archbishop of the Catholic Archdiocese of Nyeri.

He further urged the principles to be examples of honesty and humility to the teachers, and encourage them to appreciate moral values. He noted that humility is a good starting point in the quest to rid schools of moral decay.

“Values are caught, not taught,” he said. “Teach them humility, and appreciation of values. Present moral values as admirable, palatable, attractive and respectable,” urged the archbishop who is also the chairman of the KCCB’s commission for Pastoral and Lay Apostolate.

He outlined trustworthiness, respect, responsibility, fairness, care, patriotism and team work as the major values that the teachers need to be taught.

The prelate also noted with concern that the Christian values that were once deep sited in Catholic sponsored schools and provided moral compass to students and staff are fading away. He encouraged the principals to return the Catholic culture and traditions so as to re inculcate moral uprightness especially in students.

“The Catholic brand and DNA must be returned, and re-grafted into our institutions, and that takes courage. You have what it takes to bring back sanity in our schools,” said the Archbishop.

The three day Conference will run from August 14-16, under the theme “Parental Empowerment for Holistic Education”.

The conference was officially  opened by Rt.Rev Phillip Anyolo, the Chairman of the KCCB and was attended by principals of all Catholic sponsored schools in Kenya, education secretaries, the chairman of the Commission for Education and Religious Education  Rt. Rev Peter Kariuki, Archbishop Anthony Muheria of Nyeri, among other delegates.