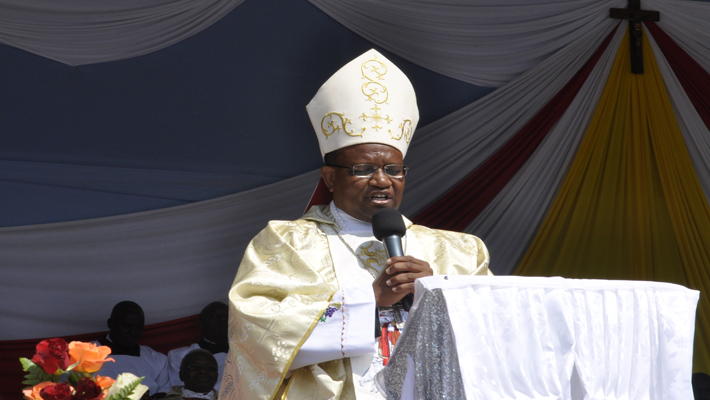 KITUI, DECEMBER 11, 2018 (CISA)-Archbishop Anthony Muheria of the Catholic Archdiocese of Nyeri and the Apostolic Administrator of the Catholic Diocese of Kitui has warned against pro-abortion campaigns, saying it is not the solution to teenage pregnancies in the country.

He said abortion allows girls to turn into sluts through reckless sex, and amounts to permitting the devil to take charge of families.

“Don’t let Satan take over the shelter of life. Don’t let Satan control the source of life, our dear women. When Satan takes control, we are all lost,” said Archbishop Muheria during Mass at Our Lady of Africa Cathedral Church in Kitui town on Sunday December 9.

According to the Constitution of Kenya, abortion can only be performed on mothers endangered by a pregnancy.

The archbishop said it is better to pray for a pregnant teenager than allow her to kill her unborn baby. He appealed to parents and guardians to uphold moral standards and impart good values to children so Kenya can be a virtuous society.

“We must help them by being close and friendly. We must be wary as we pray for them,” he said.

The cleric cautioned parents against abdicating their role.  He urged faithful to join him in prayer so that Marie Stopes Clinic can be prohibited from carrying out abortions.

“If you see that signboard, go there and pray for God to hear the cries of our children who die in their clinic,” he said.

The clinic which had been advocating safe abortion was last month banned from offering abortion services in Kenya by the government.

The Medical Practitioners and Dentists Board also blocked the clinic from publishing misleading information on its website citing complaints from the public.

The organization was further barred from running advertisements that violate the Public Health Facilities Advertising Rules, 2016.