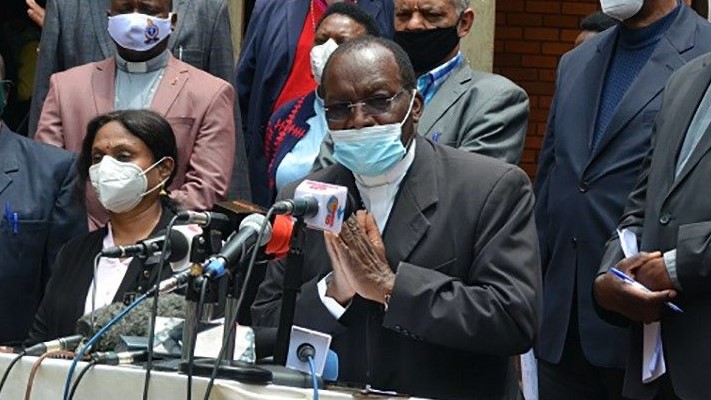 NAIROBI, SEPTEMBER 4, 2020 (CISA)-Religious leaders under the Dialogue Reference Group (DRG) have raised concerns regarding implementation of the constitution ten years after it was promulgated.

In a statement released August 26 as they commemorated ten years since the promulgation of the Constitution, they gave a score card highlighting achievements and pending work.

The leaders noted that though Kenyans embraced devolution as a means of reducing the overlordshipness of the central government, the Executive is clawing back on the gains.

“The oversight role of parliament has been severely eroded, reducing both houses to mere rubberstamps of the executive, while the Judiciary constantly claims that it is being intimidated,” the statement reads.

Noting that national values espoused in the constitution have not been integrated in the national life, they lamented that Kenyans continue to suffer from the effects of leadership that lacks ethics and integrity

“Constitutional commissions have largely underperformed with accusations that appointment to their boards are largely made to reward political party cohorts which reduces their commitment to mandates of the bodies. Elections are still divisive, violent expensive and mostly lack transparency and fairness,” they said in the statement.

As remedy, they called on citizens to familiarize themselves with the constitution and actively engage in oversight of its implementation.