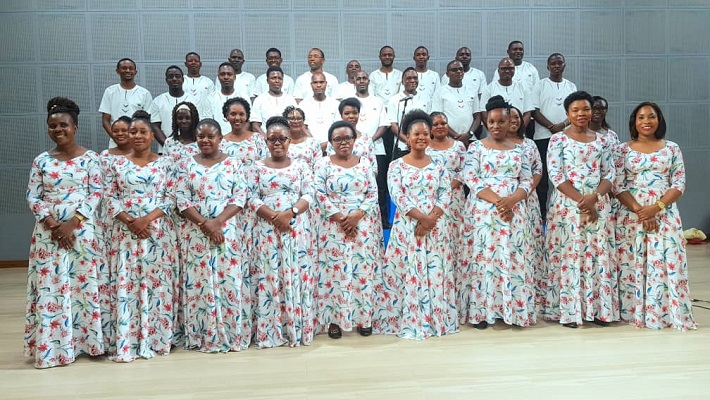 NAIROBI, MAY 27, 2022 (CISA) – “I really urge Kenyans to come and sing with us because this is a once in a lifetime chance. They are going to see us singing live for hours and it is nonstop. It will be history. History will be made in Nairobi so they shouldn’t miss this chance,” says Mr Silivester Ernest, the Secretary-General of St Kizito Makuburi Choir in an interview with CISA on their upcoming concert in Nairobi on June 5.

“We have lined up a very nice program for them. The concert is going to last about four hours. We will have one or two choirs from Nairobi who will join us but mainly it will be us giving them a breathtaking session of songs which will be making history because this will be the first time, we are having a concert in Nairobi…” he said.

The concert whose objective is to pray for peace in the country as the political season comes to a climax leading into the August 2022 General Elections, is an initiative by the Catholic Archdiocese of Nairobi.

The Commission for Liturgy in a statement dated May 19, signed by the Liturgy Coordinator, Fr Bernard Kabiu announced, “…the main objective for their visit is to pray for peace in the country and to have various exchange programs with various choirs in the archdiocese…”

“We are embarking on a trip mission to Kenya… we have a number of activities in Nairobi that are lined up but mainly we have, the archdiocese of Nairobi has prepared a special mass to pray for peace during and after the upcoming general elections in August and this mass will be on the 4th of June at St Mathias Mulumba Church in Thika and on the 5th we will have another Mass at the Queen of Apostles Church in Ruaraka and afterwards we will have a concert at the same parish…just to give our Kenyan fans a chance to see us live, performing out of the liturgy…” said Mr Ernest.

St Kizito Makuburi choir famed for songs such as Mimina and Naomba Baraka have a global audience reach that Mr Ernest thanks God for, attributing the milestones to values such as equality of all members, discipline and commitment as among the key factors to the global success of the choir.