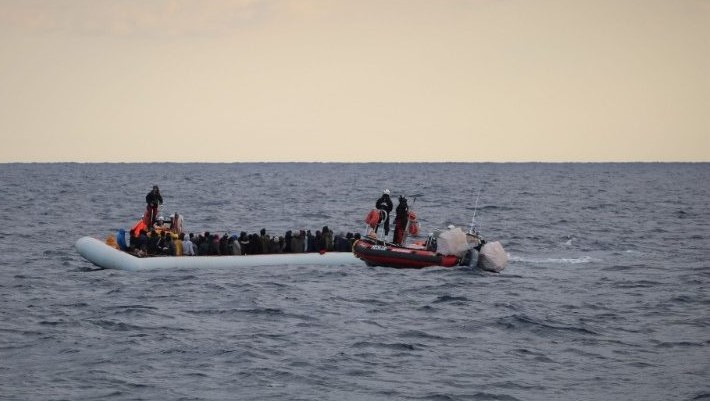 TRIPOLIS,AUGUST 25, 2020 (CISA)-The International Organization for Migration (IOM), and United Nations High Commissioner for Refugees (UNHCR)have called for strengthened search and rescue capacity in the region after the August 17 death of at least 45 migrants and refugees in a shipwreck off the Libyan coast.

“UNHCR and IOM are deeply concerned by recent delays in rescue and disembarkation. We urge states to swiftly respond to these incidents and systematically provide a predictable port of safety to people rescued at sea. Delays recorded in recent months, and failure to assist, are unacceptable and put lives at avoidable risk. Where commercial vessels are the nearest boat capable of carrying out a rescue, they should be promptly provided with a safe port for disembarking the rescued passengers,” said IOM and UNHCR in a joint August 19 news release.

They noted that commercial vessels should not be instructed to return people to Libya, where they are at risk of the ongoing conflict, severe human rights violations, and arbitrary detention. Post-disembarkation.

According to IOM and UNHCR, responsibility for carrying out rescues is increasingly being taken by the Libyan State vessels, which has led to more than 7,000 people being returned to Libya so far in 2020.

According to IOM and UNHCR, NGO vessels have played a crucial role in saving lives at sea amid a sharp reduction in European state-led efforts.

“There remains a continued absence of any dedicated, EU-led search and rescue programme. We fear that without an urgent increase in search and rescue capacity, is a risk of another disaster similar to incidents that saw large loss of life on the Central Mediterranean prior to the launch of Mare Nostrum,” they noted.

At least 302 migrants and refugees have reportedly perished on this route so far in 2020 According to IOM’s Missing Migrants Project and UNHCR, the current estimated number of fatalities is likely much higher.