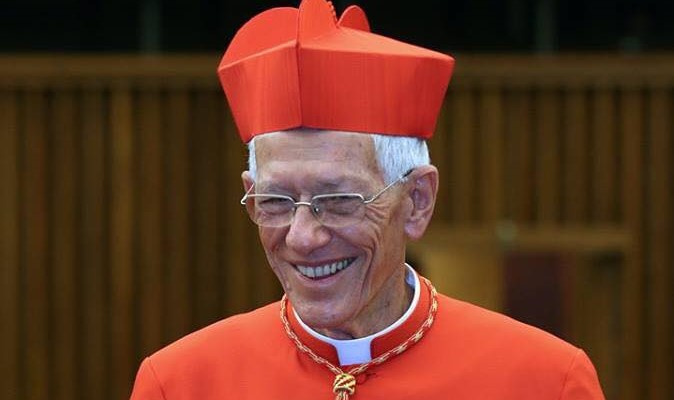 PORT-LOUIS, AUGUST 25, 2020 (CISA)-Maurice Evenor Cardinal Piat of Port-Louis, has lauded public responses to an oil spill which occurred along the island’s coastline after a ship carrying oil wrecked in the Indian Ocean.

“Numerous families are afflicted by a pestilential and persistent odor — fishermen and all those living from the sea are suffering particularly, while ecological treasures in our coastal bays and islets are gravely damaged,” said Cardinal Piat, reported Catholic News Service.

The Japanese-owned ship, MV Wakashio ran aground on a coral reef off Pointe d’Esny in the Island in the Indian Ocean on July 25 with 3800 tons of heavy oil and 200 tons of diesel. It began leaking oil two weeks later which called for argent pumping of all the fuel off the bulk carrier before it broke in two.

“Amid the pain shared by so many, I salute the beautiful outpouring of active and enterprising solidarity now showing itself in a bid to save what might still be saved,” Cardinal Piat said.

The Cardinal said he was encouraged to see “civil society awakening” with a “fine ecological conscience,” in ways that he said should be “taken into account by economic and political decision-makers.”

“This ship ran aground in the worst possible place — a habitat for many protected species, when our country was still closed to tourists because of COVID-19 — it’s an ecological catastrophe,” Martine Lajoie, assistant chief editor of the church’s La Vie Catholique weekly said.

Nagashiki Shipping, which owns the MV Wakashio, said on Tuesday (Aug 25) it had completed scuttling of the front part of the vessel at sea on Monday as instructed by local authorities.

The operation was successful and two tugboats last week began towing the larger, forward section of the vessel some 15km out into the open ocean, where it has been sunk to a depth of 3,180m.The smaller section remains wedged on the reef where the shipwreck occurred.

“The planned sinking of the stem (forward) section of the casualty has been completed and at around 3.30pm was no longer visible on the sea surface,” read a statement on Monday from the Mauritius crisis committee.

Greenpeace, a non-governmental environmental organization opposed the plan, warning that sinking the vessel would “risk biodiversity and contaminate the ocean with large quantities of heavy metal toxins”.