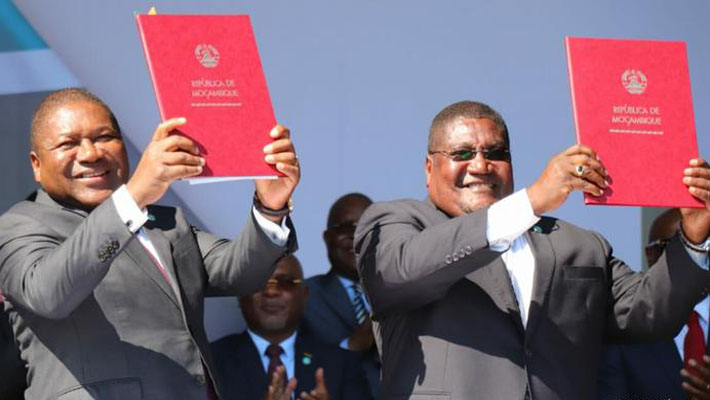 MAPUTO, OCTOBER 15, 2019 (CISA)-Mozambicans have today, Tuesday October 15 gone to the polls to elect the president, legislators and provincial governors.

The poll is seen as a test of the peace deal signed in August, 2019 between President Filipe Nyusi, and the leader of the Mozambican National Resistance (RENAMO) Mr Ossufo Momande, who are both contesting for presidency.

An approximated 13 million citizens are eligible to take part in the voting process.

For the first time Mozambicans are also electing provincial governors who were previously appointed by the ruling party.

“We no longer have a budget deficit with regard the electoral process. I can now assure that the process is proceeding normally and is fully funded,” Carimo told journalists in Maputo on Monday, October 14.

Others presidential candidates are Daviz Simango of Mozambique Democratic Movement (MDM) and Mario Albino of Action Party of the United Movement for Integral Salvation (AMUSI).

Pope Francis during his 31 Apostolic Journey expressed gratitude for the peace efforts made towards building bridges and reconciliation in Mozambique.

Vote counting is expected to commence immediately after Tuesday’s polling ends at 6pm (1600 GMT) and partial results will be released as counting is completed at the various voting stations, with full provisional results available before the end of the week.