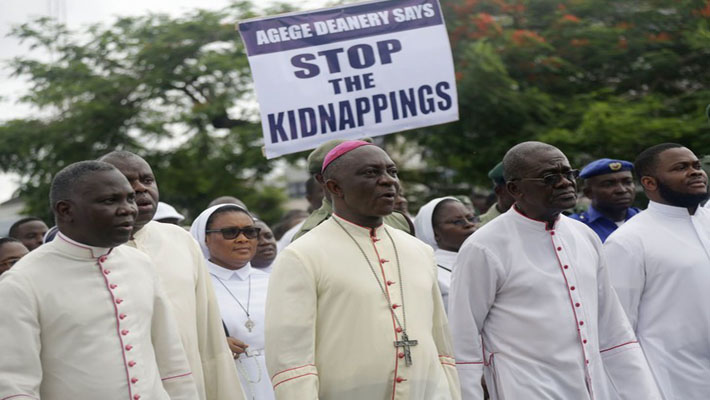 ENUGU, MARCH 22, 2019 (CISA)-Bishop Calliste Onaga, of the Catholic Diocese of Enugu, has appealed to the state to work with speed in tracking down those involved in the death of Fr Clément Ugwu.

Fr Clément, parish priest of St Mark of Obinofia Ndiuno was on March 13 kidnapped from his parish compound and later his body was found in a bush 20 kilometers away.

Bishop Onaga blamed security officials of laxity, saying the killers have continued to withdraw money from the priest’s account by using his bank card without any police action.

“We cannot continue to pretend that everything is fine, and that nothing is serious. We must recognize that we are in a wave of violence where we have no respect for life. Shortly after Father Ugwu was kidnapped, I went to the police barracks three times and was told there were tracks on the kidnappers. But I have the impression that nothing has been done,” he said.

According to Lacroix Africa, the bishop lamented on the security situation in Enugu State, further calling on Christians to intensify their prayers to end the wave of violence.

Bishop Onaga was speaking during Fr Clément’s burial which took place at the Catholic cemetery at the Holy Ghost Cathedral.