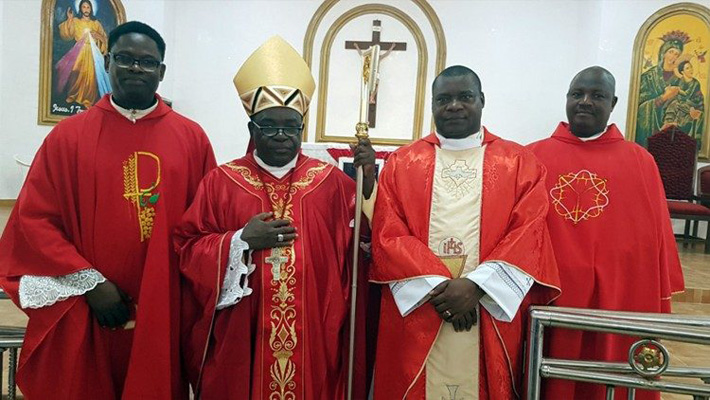 SOKOTO, NOVEMBER 29, 2019 (CISA)-Bishop Matthew Hassan Kukah of Sokoto, and Chair for the Commission for Mission and Dialogue of the Catholic Bishops Conference of Nigeria has warned the Government against enacting the social media bill saying it will suppress genuine opposition and freedom of speech.

In a statement released November 24, Bishop Kukah referred to recent outrage by the Minister of Information (and Culture), Mr Lai Mohammed over public reaction to the Social Media Bill, noting that the minister had used rather harsh and divisive words that suggest some contempt for the voices and views of, “those whose labours and sacrifices brought him and his government to where they are today.

“His language is disrespectful, appalling and illustrative of the highhandedness that suggests that we are not in a democracy. The language is as intolerant as it is alienating. The Minister says that no amount of threat, blackmail etc. will dissuade the government from going ahead with the Social Media (Bill) because it is borne out of patriotism. Really?” wondered the Bishop.

Nigeria is set to enact into law legislation that would see Internet users slapped with huge fines or lengthy jail time for spreading what the government considers fake news.

Although Bishop Kukah agrees that Social Media may be a problem and there are dangers post by social media, hey says the kind of legislation proposed by the government is not the way to go.

“It is desirable that we address social media by way of education, open debate and transfer of knowledge,” said Bishop Kukah.

“To be sure, there is no one, including myself, who is not aware of the dangers posed by social media. We have all been victims. However, should the government wish to address this matter legally and openly, why should they be afraid of public debate? It is desirable that we address social media by way of education, open debate and transfer of knowledge. When did social media become sinister in the eyes of the government? Is it after the same government used it that they now realise it was good for them then, but bad for the rest of us now?” he posed urging Nigerians to resist the Social Media Bill claiming that the goal of the bill is not to punish those who offend, but those who offend the government.

“Democracy thrives on debate, consensus building, negotiation, persuasion, argumentation, the rule of law, process, and inclusion. The military thrives in a coup culture, secrecy, betrayal, violence, command structure, exclusion and lack of transparency. That explains why I have always warned against describing the current charade of violent elections as democracy,” he said.

According to the bishop, Nigeria is still very far away from the goalposts of what could be called a democratic society.

“In my view, the environment does not as yet look anything democratic because the actors are largely strangers to the ethos of, and what is more, too many of them are tied to the old order, not to talk of the fact that the presence of General-presidents suggest that we are still in the thrall of militarism,” he said.