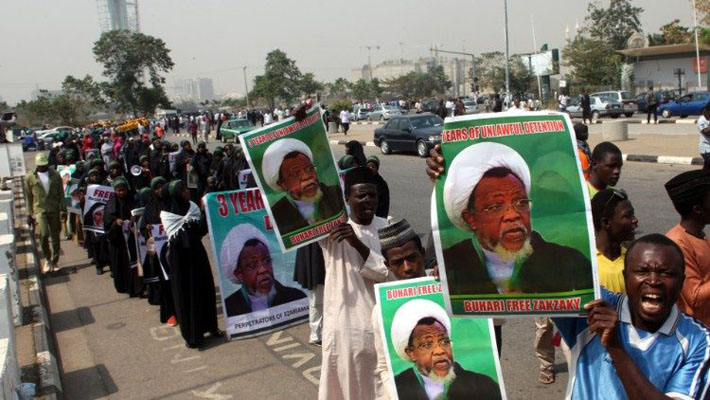 ABUJA AUGUST 2, 2019 (CISA) – The Archbishop of Abuja, John Cardinal Onaiyekan has condemned the proscription of Shiite muslims in Nigeria and called for the release of Shiites leader, Sheikh Ibrahim El-Zazaky.

“As for us Catholics, we are deeply concerned about this development, if the government can influence a court to declare a religious group proscribed, then nobody is safe – today it is the Shiites, tomorrow it might be us Catholics too,” the Cardinal said in a press conference on July 30 in Abuja where he commemorated the 50th anniversary of his priesthood.

Speaking on the issue of proscription of the Islamic Movement of Nigeria (IMN) commonly  known as Shiites over their recent protests in Abuja, to demand the release of their leader, Onaiyekan said that the federal government’s handling of the issue fell short of expectations and was causing embarrassment to the country.

The Cardinal asked the federal government to respect the order of the court and release the leader of the Shiite Islamic group from detention.

He said that the best way to address any infraction of the law by members of the religious group is to prosecute such persons following the due process of law and not to apply extra judicial methods.

The Cardinal said the government crackdown is not only unjust; it is also a move that sets a worrying precedent for religious freedom in the country.

He explained that recently, for the government in Nigeria, the question of Shiite Muslims has become an issue and that IMN followers have been holding protests to demand the release of their leader, Ibrahim Zakzaky, who has been detained in prison for the last four years.

Thus, Cardinal Onaiyekan said, the established Sunni majority in Nigeria “doesn’t want to recognize that the Shiites are also Muslims, and because of this the government treats them with serious violence”.

“From my own understanding, the protests were always peaceful and we never saw them armed,” he said.

“My own position is that we cannot keep quiet and allow this kind of thing to keep going on. If the Shiites break the law of the land they should be held accountable,” the Cardinal concluded, “but to simply proscribe them, it is going too far.”