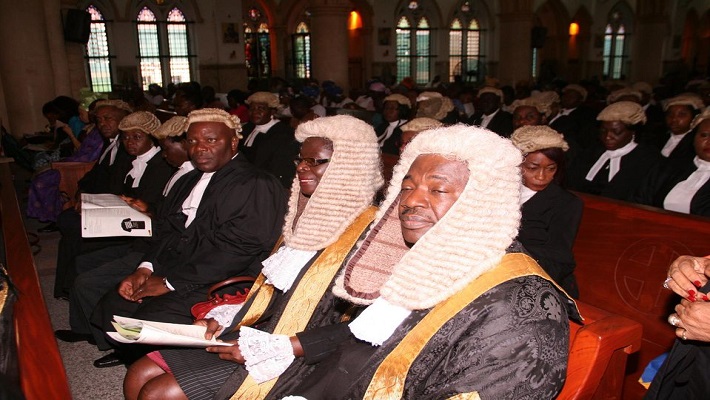 LAGOS, MAY 28, 2021 (CISA)-The National Association of Catholic Lawyers (NACL) has called on President Muhammadu Buhari to urgently convene a security summit to address the unending security challenges faced by Nigerians.

“We call on the President and Commander-in-Chief of the Armed Forces of the Federation, His Excellency President Muhammadu Buhari to, as a matter of urgency, convene an International Security Summit that will exhaustively deliberate on the current security situation, enable us learn lessons from countries that experienced similar situations in the past and have overcome same,” reads a statement signed by the national president and secretary, Barristers Chukwuma Ezeala and Angela Odunukwe.

The Catholic lawyers stressed that the security of citizens was one of the primary duties of government as captured in the Federal Constitution condemning ongoing criminal activities in the country.

“We condemn in the strongest terms ever the unbridled acts of criminal elements operating almost without hindrance, and we call on the Nigeria Police Force, the Armed Forces and other law enforcement agencies, to redouble their efforts towards the fulfilment of their constitutional responsibility for the security of lives and property of the average Nigerian,” reads the statement.

The association expressed solidarity and condolences to all Nigerians and families that have been victims of various acts of criminality and deaths. They urged Nigerians to seek consolation from God and prayed that he would grant them the fortitude to bear their irreparable losses.

Further, the Catholic lawyers faulted the extended strike by the Judiciary Staff Union of Nigeria (JUSUN) over demands for financial autonomy urging the Federal Government to accede to their demands and allow for the resumption of full operations of courts at all levels.

“We find it completely unacceptable that the activities of an entire Branch of Government, in this case the branch that holds the last hope of the Common Man, will be shut down for such an extended period of time,” they said.

On May 11, Archbishops Anthony Obinna of Owerri and Valerian Okeke of Onitsha had jointly warned the country is in great danger due to continued insecurity in parts of Nigeria.