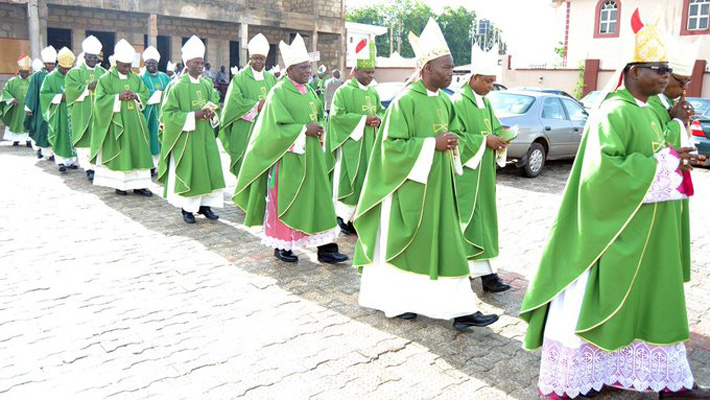 ABUJA, FEBRUARY 25, 2020 (CISA)-The Catholic Bishops Conference of Nigeria (CBCN) has asked Catholics in the country to dress in black on Ash Wednesday as a sign of mourning, and in solidarity with the victims of kidnapping and other violent crimes in Nigeria.

Speaking to the press, Fr Zacharia Nyantiso Samjumi, the Secretary General of the Catholic Secretariat of Nigeria also invited the entire the Church around the world to join them in prayers for peace and security in Nigeria.

“I have been directed by the administrative board of the Catholic Bishops Conference of Nigeria (CBCN) to communicate to you that in the face of the current security situation, the Church needs to speak out in word and action against the level of insecurity in the country,” he said.

The bishops also directed all Sunday evening Masses of March 1 in Nigerian cities to be cancelled and replaced by, “peaceful prayer protest against the incessant killings and insecurity in our country.”

“We are sad. We are in sorrow and grief. But we are confident that the light of Christ, which shines in our hearts, will brighten the dark corners of our Nigerian society,” Fr Samjumi said.

“The level of insecurity in Nigeria today is such that whether at home or on the road, most Nigerians, in all the parts of the country, live in fear. … The repeated barbaric executions of Christians by the Boko Haram insurgents and the incessant cases of kidnapping for ransom linked to the same group and other terrorists have traumatized many citizens,” he added.

The Catholic Church in Nigeria is grappling with a series of kidnappings majorly on priests and seminarians.

On January 31, an 18-year-old seminarian, Michael Nnadi was found dead suspected to have been killed by gunmen who had abducted him and three other seminarians from their school on January 8 in Kaduna. The other three seminarians were released.