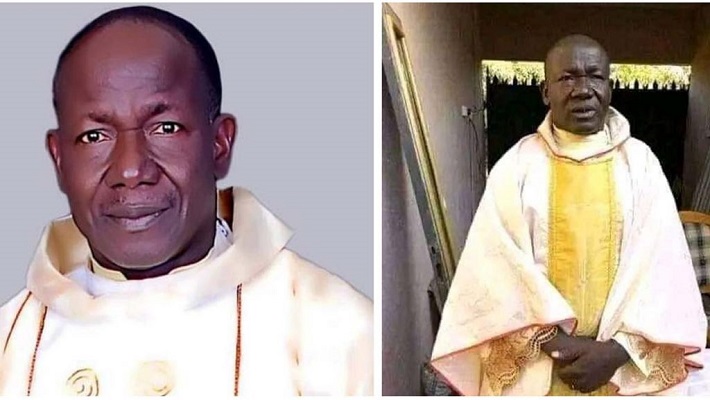 NIGER STATE, JANUARY 16, 2023 (CISA)-Barely a week since the Catholic bishops of Nigeria met President Buhari on the recurrent violent attacks on Christians, a Catholic priest was on Sunday, January 15, attacked and burnt alive in his house while another priest living in the compound escaped with gunshot wounds. Five worshippers were also abducted in two separate attacks in central and northwestern parts of Nigeria.

According to Wasiu Abiodun, the police spokesperson for Niger State, Fr Isaac Achi was killed in the Paikoro area of Niger state after gunmen failed to break into his house and instead set it on fire.

“On 15/01/2023 at about 0300hrs, armed bandits invaded the Parish residence of one Rev. Father Isaac Achi of St. Peters and Paul Catholic Church, along Daza road, Kafin-Koro, Paikoro LGA. Unfortunately, the bandits reportedly attempted to gain entrance into the residence, but seems difficult and set the house ablaze, while the said Rev. Father was burnt to death,” Mr Abiodun wrote in a statement.

The police statement adds that during the event, “A colleague of the Rev. Father identified as Father Collins was equally shot in the shoulder while trying to escape from the scene. Police tactical teams attached to Kafin-Koro Div were immediately drafted to the scene, but the hoodlums had escaped before the arrival of the teams.”

As the lifeless body of Fr Isaac was recovered while Fr Collins Omeh was rushed to the hospital for treatment.

“The Commissioner of Police, Niger State Command, CP Ogundele Ayodeji had dispatched a reinforcement team to the area and effort is ongoing to apprehend the assailants as an investigation into the unfortunate attack has commenced,” the police said.

In a separate attack, bandits invaded a Christian home in Dan Tsauni village in the Kankara district of Katsina state, kidnapping five people who were preparing for Sunday Mass at a nearby church.

“The terrorists seized five people from the house, shot a priest in the hand and fled with the five hostages,” Gambo Isa, the state’s police spokesman told the press.

The spate of recurrent attacks on Christians in Nigeria has been characterized by killings and kidnappings of priests, religious men and women, and faithful. The state of security in the country is among the issues the bishops discussed in an audience with President Muhammadu Buhari on January 11.

The bishops are worried that continuous attacks risk jeopardizing the February 25 General Elections.