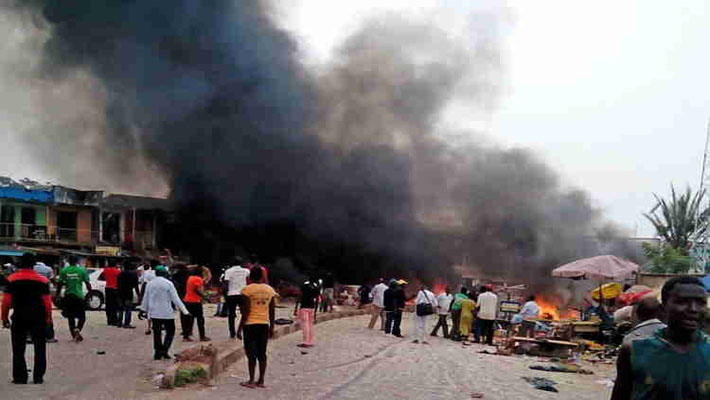 “A cleaner in the church, after sweeping the church compound set fire on the debris and the debris spread to a disused underground fuel tank and exploded, bringing down part of a nearby fence and shattering a vehicle parked in the next compound,” Commissioner of Police, Chris Ezike told journalists.

The heat from the fire was said to have triggered the explosion, which affected roofs of houses around the cathedral.

The explosion, caused pandemonium in the area as residents who were taken by surprise scampered for safety.

According to Commissioner of Police, Chris Ezike, the personnel of the Explosive Ordinance Department (EOD) of the State Command swiftly moved to the scene of the incident to ascertain its magnitude.

No life was said to however been affected during the incident.