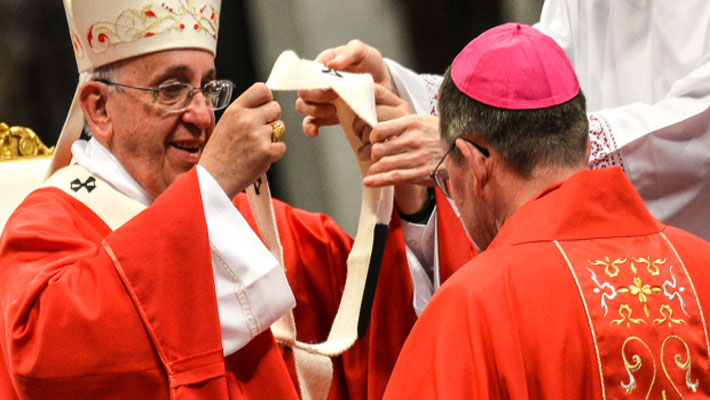 VATICAN, JULY 2, 2019 (CISA)-Pope Francis on June 29 blessed and handed over the pallium to Archbishop Philip Anyolo of the Catholic Archdiocese of Kisumu alongside 30 new archbishops appointed over the past year.

The ceremony took place on the Solemnity of Saints Peter and Paul, at the St. Peter’s Basilica in Vatican. In his homily, during the Mass, Pope Francis urged the prelates to never think of themselves as superior to those they serve.

“Whenever we consider ourselves smarter or better than others, that is the beginning of the end,” Pope Francis said.

“The Lord does not work miracles with those who consider themselves righteous, but with those who know themselves needy,” the Pope said, adding that God “…is looking for people who are not self-sufficient, but ready to open their hearts to him.”

Archbishop Anyolo was appointed to the Catholic Archdiocese of Kisumu on November 15, 2018 and installed on January 12, 2019. The archdiocese is yet to set a date for the imposition of the pallium.

The Pallium is worn by the Pope and the Archbishops, above the chasuble, in the most solemn celebrations to symbolize his authority as well as his unity with the Holy See.