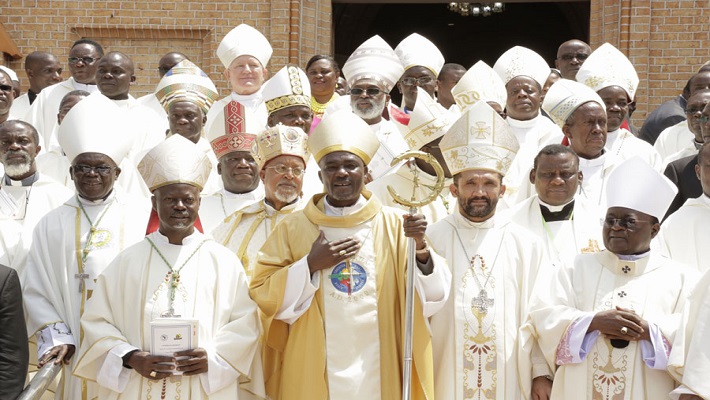 ACCRA, JULY 15, 2022 (CISA) – The Symposium of Episcopal of Conferences of Africa and Madagascar (SECAM), the association of Catholic Bishops of Africa, Madagascar and the Islands, will hold its 19th Plenary Assembly from July 25 to August 1, 2022, in Accra, Ghana.

The SECAM Plenary Assembly is held after every three years and this year’s Plenary Assembly, which is on the theme: “Ownership of SECAM; Security and Migration in Africa and the Islands,” will focus mainly on the implications of ownership for its members and the rising cases conflicts in Africa.

“Bothered about many conflicts on the African continent, resulting in the death and displacement of millions of people, the Catholic Bishops, secondly consider security to be indispensable for building “a new Africa centred on God”, as expressed in the Kampala Document, released after the Golden Jubilee of SECAM in 2019,” revealed a statement sent to CISA by APO Group on behalf of SECAM and signed by Rev Terwase Henry Akaabiam, Secretary General of the symposium.

SECAM was born from the will of the African bishops at the time of the Second Vatican Council (1962-1965), they wanted to establish a forum to speak with a single voice on issues relating to the Church in Africa and Madagascar. According to information on their website, SECAM is thus the episcopal, continental structure of the Church Family of God in Africa, which counts:505 dioceses grouped in 38 national or inter-territorial episcopal conferences and counts nearly 250 million Catholic faithful.

SECAM was launched on July 31, 1969, during the visit of His Holiness Pope Paul VI to Kampala, Uganda. The secretariat of SECAM is in Accra, Ghana, and a special office is established in Nairobi, Kenya, for the translation of the Bible into African languages and its distribution in Africa and Madagascar.

SECAM is also an observer of the African Union (AU) and is represented by the Archbishop of Addis Ababa, Ethiopia, Berhaneyesus Cardinal Souraphiel. On the occasion of the 50th anniversary of SECAM (July 1969 – July 2019) a pastoral exhortation entitled Kampala Document was promulgated by the pastors of Africa to the People of God and men and women of goodwill.