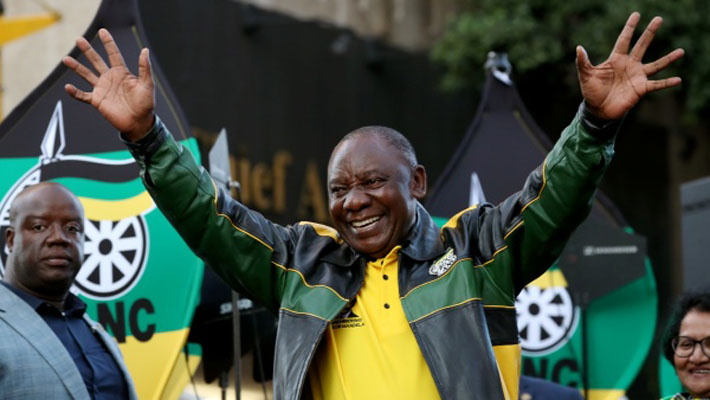 CAPE TOWN, MAY 15, 2019 (CISA)-The South Africa Catholic Bishops Conference (SACBC) has urged the newly elected legislators to the 6th parliament, including President Cyril Ramaphosa, to develop measures that will lead the country towards economic recovery.

In a statement released May 13, signed by Bishop Sithembele Sipuka, the President the SACBC, the bishops advised President Ramaphosa to show goodwill in the fight against corruption, by ensuring those suspected of corruption are not appointed into the cabinet or parliament.

“We expect the President of our nation to dispense with the politics of expediency and show firm hand in dealing with those implicated in corruption and state capture,” reads the statement.

They called on the president to reduce by half the country’s bloated cabinet – that they noted as one of the contributors to economic suffering of the South African people — and to introduce stronger measures to address irregular, fruitless and wasteful expenditure in the government.

“We call on the ruling party to develop a national strategic plan, with measurable targets that can be subject to accountability, to address youth unemployment, which is a ticking time bomb and has at some level contributed the disenchantment and voter apathy among the youth,” the bishops said.

They stated that one of the key messages South Africans have delivered through the 2019 election is that the current social contract, which is based on the Constitutional negotiations of the early 1990s, needs renewal and repair.

“In the previous 25 years, the Constitutional Democracy and its embedded social contract have failed to create tangible dividends, especially to the poor, in terms of acceptable levels of access to quality education, quality health care, job opportunities, and decent housing,” reads the statement.

They noted that the mending of the social contract will depend on the extent to which the ruling parties alongside the legislature “…have managed to rebuild the economy while tackling the triple challenges of poverty, unemployment and inequality.”

Although some political parties have recorded discontent about incidents during the election, the bishops have hailed the Independent Electoral Commission, and all political parties for creating a conducive environment for free and fair election.

The ruling party, African National Congress (ANC) won the elections by 58 percent, retaining their parliamentary power in eight out of the nine South African provinces.