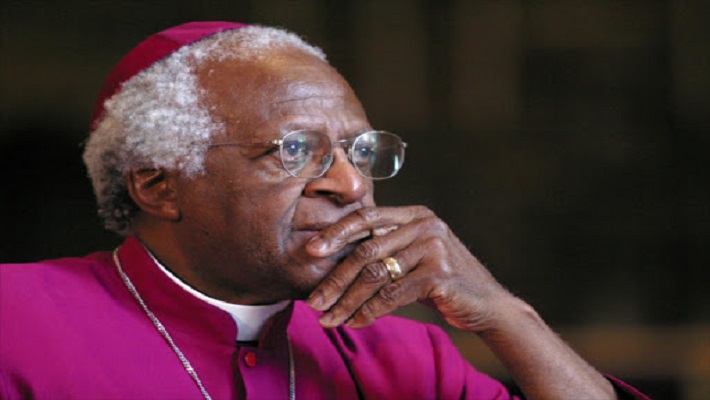 VATICAN, JANUARY 7, 2022 – (CISA) The Holy Father, on December 26, offered his condolences to the family and loved ones of the late Archbishop Emeritus Desmond Tutu of South Africa who succumbed to cancer aged 90.

In a telegram message signed by Secretary of State, Cardinal Pietro Parolin to Most Reverend Peter B. Wells, the Apostolic Nuncio in South Africa, Pope Francis lauded the former Archbishop of Cape Town for his service to the Gospel through the promotion of racial equality and reconciliation.

“His holiness commends his soul to the loving mercy of almighty God. Upon all who mourn his passing in the sure and certain hope of the resurrection, Pope Francis invokes the divine blessings of peace and consolation in the Lord Jesus,” read the telegram.

Archbishop Tutu who was accorded a befitting state funeral will be remembered the world over for his sacrifice and fearlessness during the apartheid regime with South African President, H.E Cyril Ramaphosa describing him in his eulogy as, “a crusader in the struggle for freedom, for justice, for equality and peace. Not only in South Africa… but around the world as well.”

According to a joint statement by the Archbishop Tutu IP Trust and the Desmond and Leah Tutu Legacy Foundation, he had deterred while alive, any “ostentatiousness or lavish spending” on the occasion of his funeral and asked to be given the “cheapest available coffin.” As per his wishes, a simple pine coffin in which he lay in state at St. George’s Cathedral in Cape Town was chosen.

An astute environmental activist in his life, he had wished that in the event of his death, his body be aquamated. The process known as alkaline hydrolysis involves heating the human body in a mixture of water and potassium hydroxide to 150C for around one and a half hours. Body tissue is dissolved in the process leaving only bone that is then rinsed, dried and pulverised into powder by a machine known as a cremulator and can be buried or interred.

Aquamation is safer for the environment as it reduces the amount of green energy required in the process as compared to cremation. The levels of environmentally harmful gases are also reduced by up to 35%.

The ashes of the Archbishop Emeritus were interred on January 2, at the St. George’s Cathedral in a private ceremony.