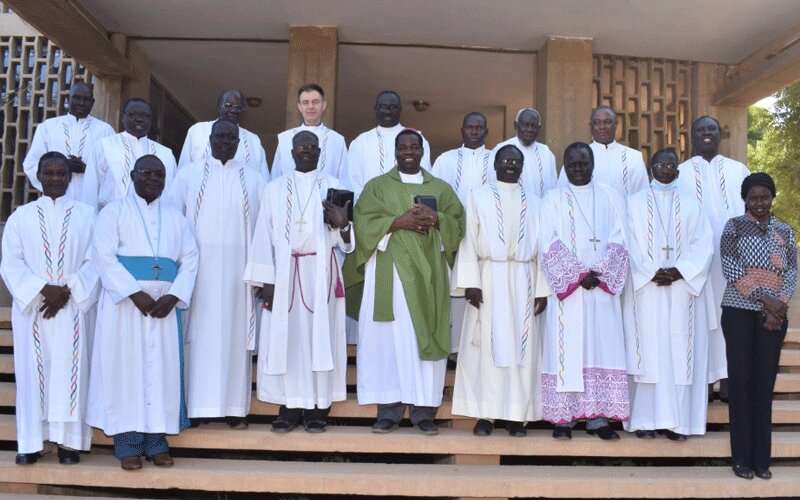 JUBA, SEPTEMBER 17, 2021 (CISA) –The Catholic Bishops of South Sudan have chastised the continued cases of insecurity, violence, and disregard of human life calling on the government to bring the perpetrators to book.

“We condemn unreservedly the murder on 16th August 2021 of our two dear Sacred Heart Sisters Mary Daniel Abbud and Regina Roba, and their fellow travelers on the Juba-Nimule road. While we call for forgiveness and reconciliation, we also demand that the killers be identified and held to account. We reject the language of “unknown gunmen”; the local community usually knows who the killers are, but they are allowed to escape with impunity,” decried the Catholic bishops.

In a statement released in Juba on September 15, the South Sudan Catholic Bishops’ Secretariat noted that not only the clergy are suffering violence but also the locals. They appealed to the government to ensure security is paramount to all.

“At this very moment, people are being killed and displaced around Tombura and the rest of Western Equatoria, and elsewhere. People are still living in fear in UN POC camps. We remind the government of their duty to provide security to the population, but we also urge them not simply to create more violence using the security apparatus,” the Secretariat implored.

“We are concerned about the disregard for human life in our nation. People are dying, whether by violence or by neglect, and it seems to be just accepted. We insist that all human life is sacred. The culture of death must be converted to a culture of life where every human being is valued,” adds the Secretariat.

The Catholic Bishops of South Sudan urged the political leaders and in particular, the President, to effectuate the agreement on the resolution of the conflict in the Republic of South Sudan.

“We call for the R-ARCSS to be fully implemented, and we express our frustration at the slow pace of implementation, but we also note that true peace does not come merely by signing a paper nor sharing power amongst elites. Hearts must be changed and the root causes of conflicts must be addressed,” they said.

The bishops also expressed their disquiet by “the shrinking civic space” in the larger South Sudan.

“We call for freedom of the press, freedom of expression, freedom of speech and assembly so that all voices might be heard. Our leaders must listen to the voices of the people as expressed in the National Dialogue and through Church, civil society and traditional leadership, and especially youth and women,” urged the Catholic Bishops of South Sudan.