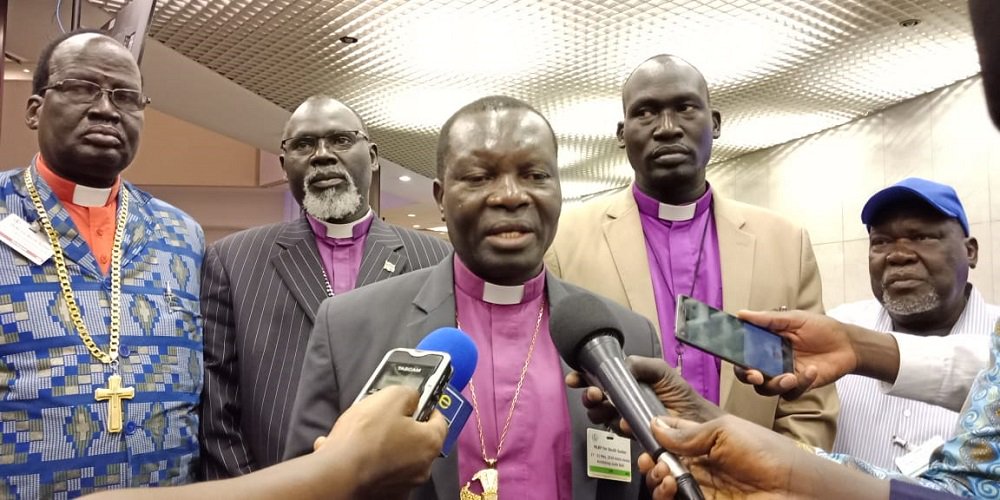 JUBA, MAY 29, 2018 (CISA)-Religious leaders in South Sudan have welcomed the progress of the ongoing mediation talks between the government and the opposition in a bid to end the current political standoff in the country.

The talks reached agreement on three out of 11 demands tabled by the opposition groups, including a recommitment to the cessation of hostilities.

Talks on the remaining issues are set to continue on a later date under the leadership of the Inter-governmental Authority on Development (IGAD).

“The South Sudan Council of Churches has been leading private negotiations between the parties to try and narrow the gap between their positions. However as talks head into their sixth day, the religious leaders have handed back responsibility for making progress to the intergovernmental Authority on Development, and eight member of the East African trade bloc,” reported a section of the report from the United Nations Mission in South Sudan.

Speaking on the behalf of the religious leaders to the press at the end of the talks, Archbishop Justin Badi of the Anglican Church said that they met with the parties in Addis Ababa for talks which is key in ensuring peace and stability is achieved in south Sudan.

“I am glad to tell all south Sudanese that all parties have recommitted themselves to honor the cessation of hostilities and will mobilize their forces and inform them to at least respect the agreement,” the archbishop said.

He said that the talks did not make much process on issues of governance, but said that “the parties have agreed to form a unified government and to have a presidential system but the rest, as to who gets what, is what they are yet to struggle with. But as a church, our first concern was the safety of our people which we thank God, they have committed themselves to ceasefire, which we are grateful for.”