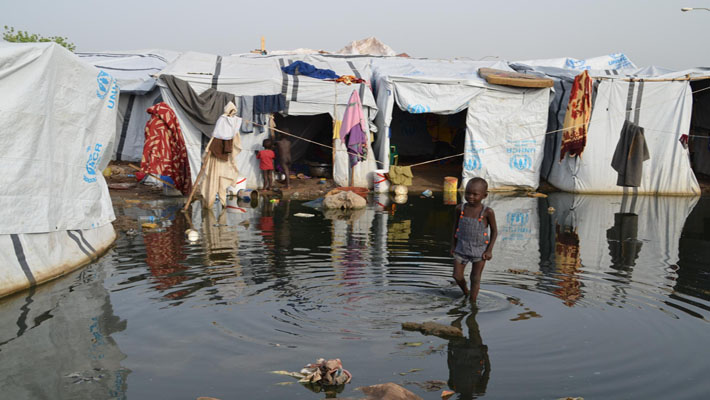 JUBA, NOVEMBER 1 2019 (CISA) – An estimated 908,000 people have been affected following heavy seasonal flooding since July, causing an acute humanitarian crisis according to reports by the United Nations.

“I am extremely concerned about the humanitarian consequences of the floods. The United Nations is responding in coordination with the Government. Our first priority is to save lives and uphold people’s dignity,” said Alain Noudéhou, the Humanitarian Coordinator in South Sudan.

According to an October 25 report from the UN Office for the Coordination of Humanitarian Affairs, entire communities are submerged. Health facilities and nutrition centers are filled with water or used to shelter people who have fled the flooding. Reduced access to basic services and markets have increased people’s vulnerability. Diseases are spreading with contaminated water. Access to hygiene and sanitation is limited, especially for women and girls.

The heavy rains have hit areas that were already facing high humanitarian needs. Across the 32 flooded counties in Jonglei, Upper Nile, Warrap, Eastern Equatoria, Northern Bahr el Ghazal, Unity and Lakes, more than 3 million people were in need of assistance even before the rains, out of the over 7 million people in need countrywide. More than 60 per cent of the flood-affected counties are currently classified as facing extreme levels of acute malnutrition.

“The good news is that the United Nations and its humanitarian partners were already working in these areas before the floods. We are now scaling up and will be able to help people quickly, especially once the water levels reduce and access improves,” said Noudéhou. Aid groups urgently require some US$ 35 million to respond. Immediate priorities include water purification tablets, plastic sheeting for temporary shelter, mosquito nets, and medicine for malaria, diarrhoea and other waterborne diseases. Food and nutrition support will also be delivered.

The report further indicates that the crisis will not be over when the water levels recede. Considerable damages to crops, arable land and livestock are anticipated.

Families’ ability to support themselves will be hampered for months to come. With classroom affected by the flooding, parents will face serious challenges to re-enroll their children.

“More needs to be done in the longer term to rebuild people’s livelihoods and strengthen their resilience to future disasters. This requires collective and sustained action by the Government, donors, and development and humanitarian partners,” said Alain Noudéhou.

South Sudan’s President Salva Kiir on Wednesday declared a state of emergency in the flood-affected areas.