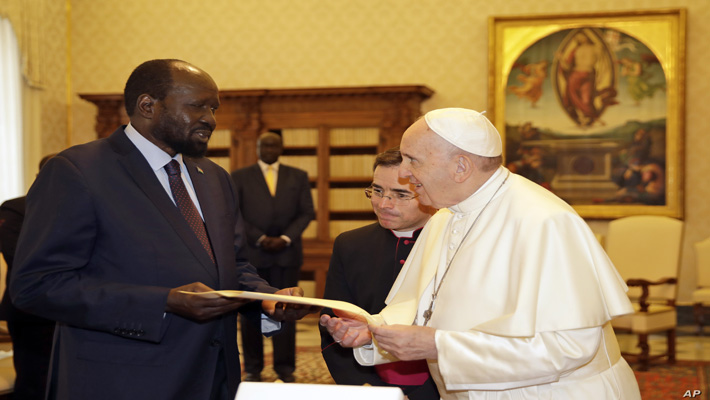 According to Zenit, the news came after the Holy Father prayed the Angelus with faithful at St. Peter’s Square, Vatican.

“A special thought goes to the dear people of South Sudan, which I must visit this [next] year,” Pope Francis said.

“With the still vivid memory of the spiritual retreat for the authorities of the country, held in the Vatican last April, I wish to renew my invitation to all the actors in the national political process, to seek what unites and to overcome what divides, in a true spirit of brotherhood,” he said.

“The South Sudanese people have suffered too much in the last years and they wait with great hope for a better future, especially the definitive end of the conflicts and lasting peace. Therefore, I exhort the leaders to continue, without tiring, the commitment in favor of inclusive dialogue in the search for consensus for the good of the Nation. Moreover, I express the hope that the international community will not neglect to accompany South Sudan in the path of national reconciliation. I invite you all to pray together for that country, for which I have particular affection,” the Pontiff noted.

Following its independence in 2011, South Sudan erupted into civil war in 2013. Up to 400,000 people have been killed and more than 4 million displaced in the conflict, according to Vatican News.

The Pope has on various conditions expressed his desire to visit the civil-war struck nation.