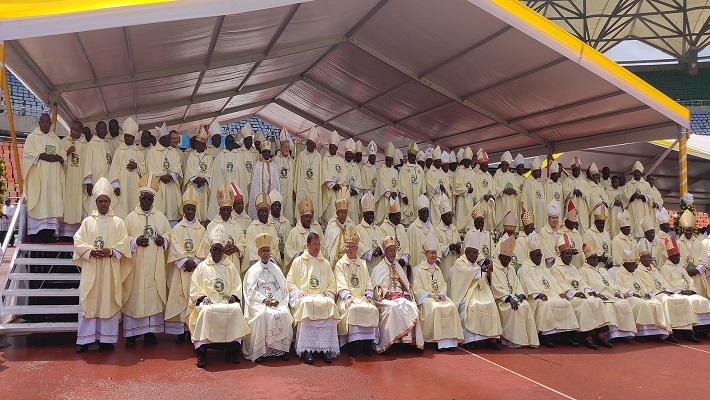 DAR-ES-SALAAM, JULY 19, 2022 (CISA) – “We want to assure our brothers and sisters in the region and beyond, who are affected by the negative effects of climate change such as floods, that they are not alone. We prayerfully and in a caring spirit stand with you in your struggles,” reads a communique of the 20th AMECEA Plenary Assembly-themed “Environmental Impact on Integral Human Development,” which came to an end on July 18 in Dar-es-Salaam, Tanzania.

The Plenary Assembly, which consists of Cardinals, Archbishops, Bishops and distinguished delegates from all AMECEA member episcopal conferences reflected on Pope Francis’ encyclical Laudato Si during the 10-day-long plenary to deliberate on issues of environmental concern.

In the communique, the bishops acknowledged that “despite the success stories shared on the implementation of the Laudato Si message in the region, member Conferences have also faced challenges which need new pastoral strategies so that promoting ecological justice and mitigating climate change are not mere words but concrete and practical ‘journeying together’ on the path of conversion as proposed in the seven Laudato Si goals.”

The plenary also acknowledged the existence of an ecological crisis within the AMECEA region and out of it, as evidenced by the negative effects of climate change which, “are posing a growing threat to the socio-economic development of our countries and the sustainability of people’s livelihood in Eastern Africa. The scramble for natural resources has often resulted in conflicts and wars, which make the ‘cry of the Earth and of the poor even louder.”

The bishops reiterated the urgency in conducting aggressive sensitization at a basic community level to raise awareness and improve communication with the people on care for the environment while emphasizing the role of Catholic Social Teaching on environmental care and the importance of, “integrating eco-education and ecological activities in education programs for the empowerment of the youth and children in all schools and houses of formation to the priesthood and consecrated life.”

Additionally, the Plenary underscored the need for all episcopal conferences to strengthen their advocacy role toward environmental care policies and laws that will curb the negative human practices but in a way that is sensitive to the welfare of their people as guided by the principles of social justice and highlighted the need for the Catholic Church in AMECEA region to mobilize the communities on care for environment and change of mindset.

“We, the Catholic Bishops in the AMECEA region firmly make a commitment to respond to the cry of the earth and the cry of poor in fulfilment of our God-given mandate,” the Eastern African Catholic bishops averred.