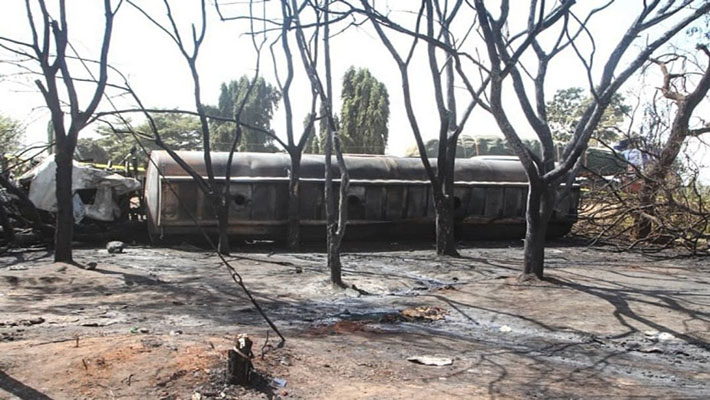 MOROGORO, AUGUST 13, 2019 (CISA)-President John Pombe Maghufuli of Tanzania has pleaded with citizens to stop risking their lives by siphoning fuel from broken-down tankers.

“There are vehicles that carry dangerous fuel oil, as in this case in Morogoro, there are others that carry toxic chemicals or explosives, let’s stop this practice, please,” the president said in a press statement following the Saturday August 10 fuel tank explosion that killed 62 people on the spot in Morogoro.

The number has risen to 76 after other victims succumbed to injuries.

Speaking to journalists, Morogoro Regional Commissioner Dr Stephen Kebwe said the number of those injured who were transferred to Muhimbili National Hospital now stands at 38, while those in Morogoro Referral Hospital are 16.

“These are poor people who didn’t want this to happen to them; they just found themselves in the thick of it. Therefore, provide them with everything needed in their treatment and send the bill to the government. I will service the bill on the behalf of Tanzanians,” President Maghufuli directed when he visited survivors at Muhimbili National hospital.

Mass burial for 71 was conducted on August 11 in Morogoro.