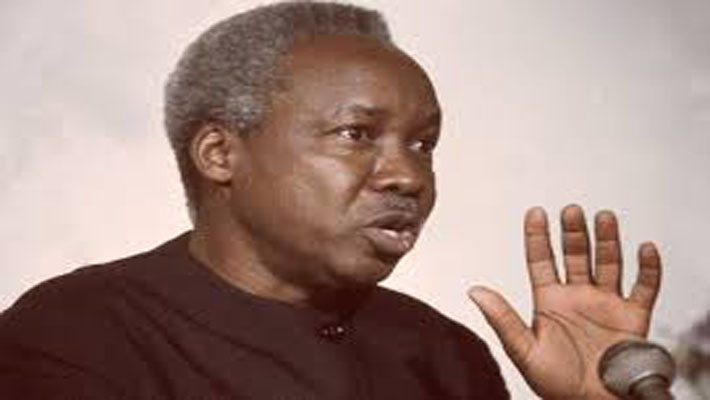 LINDI, OCTOBER 22, 2019 (CISA)-Bishop Bruno Ngonyani of the Catholic Diocese of Lindi has asked political leaders in Tanzania to lead the country in the footsteps of the founding father of the nation, the late President Julius Kambarage Nyerere.

Speaking at the Cathedral of St. Andrew Kaggwa in Lindi during the 20th anniversary of the death of the Servant of God, Bishop Ngonyani asked the leaders to allow themselves to be guided by virtues of wisdom and prudence, and use the power of dialogue to give the nation freedom without shedding any blood.

“Citizens should never allow the God-given peace of Tanzania to be lost because of a few people who have decided to act on their own interests. Selfishness can lead to chaos that will have devastating consequences on our generations,” he said.

Bishop Ngonyani invited Tanzanians to pray for the nation and pray for the next General Election so that the country’s electoral commission may conduct a free, fair and peaceful election and protect the interests of the majority rather than the minority.

On May 13, 2005 the Holy Father, Pope Benedict XVI declared Julius Kambarage Nyerere a Servant of God, opening the process of his beatification and canonization.

The Congregation for Causes of Saints on May 2, 2014 issued a rescript that canonically permitted the competent forum for the Diocesan Inquiry on the Servant of God “Mwalimu” Julius Nyerere from the Diocese of Musoma to the Archdiocese of Dar es Salaam. It also approved the change of the Petitioner of the Cause from the Diocese of Musoma to the Tanzania Episcopal Conference, as agreed during the Extraordinary Meeting held on November 7, 2013.

Tanzania celebrates the life of Julius Kambarage Nyerere every October 14.