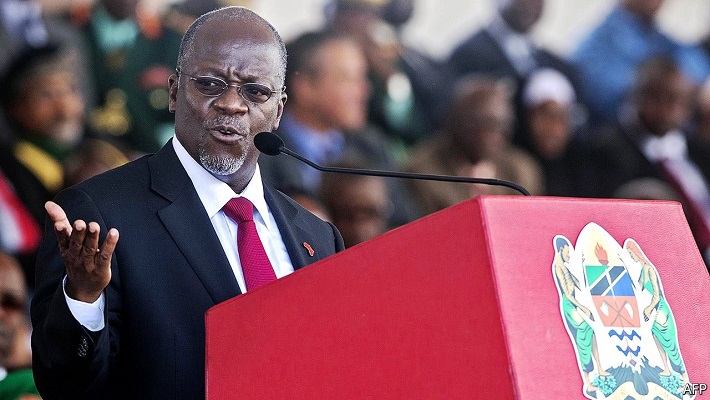 CHATO, MARCH 22, 2022 (CISA)-As Tanzania marked the first anniversary since the death of President John Pombe Magufuli, Bishop Flavian Kassala of the Catholic Diocese of Geita and Vice-Chairman of the Tanzania Episcopal Conference implored citizens to work towards actualizing dreams held by deceased former top leaders of the country.

Speaking during the memorial Mass of the late president in Chato District, Geita Region, Bishop Kassala said “Let us not be afraid to carry on the good things left by our deceased leaders from the family to the national level, by declaring what he liked and what they did not like.”

Reflecting on the life of the late President Magufuli, Bishop Kassala asked Tanzanians to evaluate their lives and where they are going. He asked the populace to cultivate a prayerful life while still alive rather than engaging in evil with the hope that people will pray for you once you are dead.

“When we pray for Magufuli’s clemency, we confess what he has done for us, and one of the things he has done for us is to become our leader, and he has led this nation till his death,” he said adding that “In his leadership, he also demonstrated Christ’s blessings, so let us thank God for them and pray for repentance for what we saw he did because he was a human being with flaws.”

He remembered President Magufuli as a leader who acted on his principles encouraging Tanzanians “to stand for the truth and justice as prizes left by the deceased.”

The first-anniversary celebration was held at the late President Magufuli’s home in Chato as President Samia Suluhu Hassan led the nation in honouring his predecessor.

In her address, President Suluhu pledged to keep alive the legacy of the late President John Magufuli by carrying on with development projects, which were initiated by her predecessor who died on March 17, 2021. The former head of state is remembered as a visionary, courageous and patriotic leader who was against corruption and embezzlement of public funds.

“Dr Magufuli advocated for hard work and patriotism, he wanted to see a Tanzania with a liberated economy towards self-reliance,” she told the congregation that her leadership will not only develop and complete ongoing projects initiated by President Magufuli but also introduce new projects.

“To me, March 17 last year was a day of shock and deep thinking on the responsibility that was to be bestowed on my shoulders without being prepared. I must admit here that I was asking myself where I should start from after some time I said to myself I will start from where my brother ended,” President Suluhu revealed.

John Pombe Joseph Magufuli was the fifth president of Tanzania, serving from 2015 until his death in 2021. Magufuli died aged 61 from what authorities said was a heart-related condition.