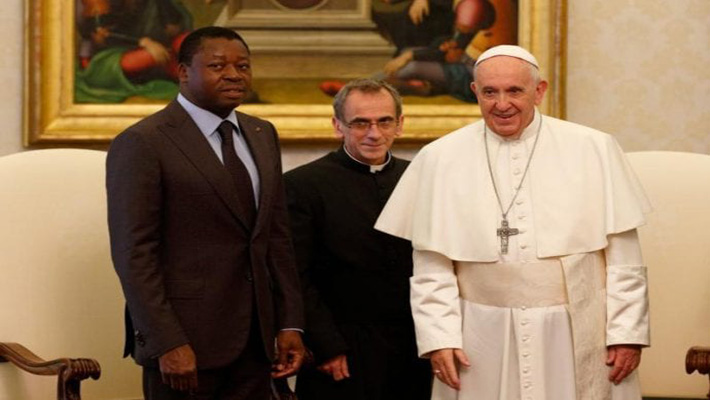 “…the very proper bodies to proclaim the results are all bought and corrupted and really, we are witnessing a systematically organized injustice. That’s why, this time, I said, it has to change,” Archbishop Kpodzro said.

The archbishop noted that since money is used to buy consciences, votes, and the bodies in charge of managing elections, he wanted to open an account, “so that in this account, civil society, opposition figures, Togolese from the outside and from the inside who suffer and who are in love with the truth can make some financial contributions so that we can have our group of observers, which must have the means to carry out their duties.”

These observers will be deployed throughout the country to monitor the elections at all levels, “…to make sure that through fraud, the election results are not tampered with.”

Archbishop Kpodzro said similar accounts will be opened in Ghana, Europe and America so that all Togolese and friends of the Togolese people can contribute.

In November 2019, the Togo Catholic Bishops Conference in a pastoral letter voiced similar concerns urging the government to carry out the reforms necessary to consolidate the electoral framework before the presidential elections.

The pastoral letter directed the government to review, in a more concerted manner, the composition of the Independent Electoral Commission (CENI) and the Constitutional Council to put them above any suspicion of dependence, to revise the Electoral Code, (and) to establish a reliable and credible electoral register.

The validity of elections in Togo have frequently been disputed resulting to demonstrations and violence.

President Faure Gnassingbé has been in office since 2005, following the death of his father, Gnassingbé Eyadema. Eyadema had ruled Togo for 38 years, after he overthrew the country’s second president, Nicolas Grunitzky, in a coup d’état in 1967.

His third term of five year is set to expire in February.